PHILADELPHIA, PA (November 14, 2017) – Volpe and Koenig, P.C., an intellectual property law firm with offices in Philadelphia, PA, and Princeton, NJ, announced today that the Philadelphia Animal Welfare Society (PAWS) and Welcoming the Stranger have been awarded grants through its 11th Annual IPromiseTM Charitable Giving Fund (“IPromise”) competition. Checks were presented to the PAWS on November 8, 2017, and to Welcoming the Stranger on October 21, 2017. Established in 2007, IPromise helps two qualifying Greater Philadelphia or Princeton area non-profit organizations each year, advancing their work by awarding $20,000 grants. This year, organizations dedicated to animal welfare and community development were invited to apply. To date, Volpe and Koenig, P.C. has awarded more than $400,000 in IPromise grants. 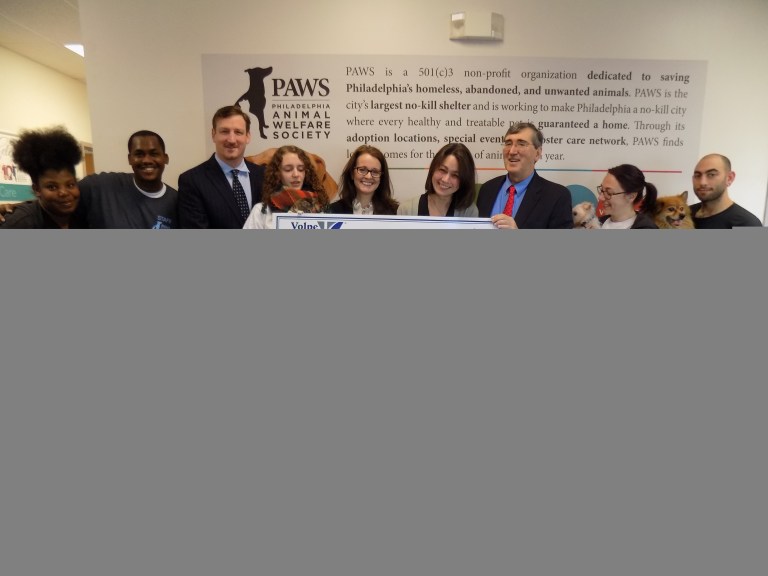 PAWS is dedicated to saving Philadelphia’s homeless, abandoned and unwanted animals. Through its three no-kill shelters and foster care network, PAWS finds loving homes for thousands of animals each year. PAWS works to make Philadelphia a no-kill city where every healthy and treatable pet is guaranteed a home.  Melissa Levy, executive director at PAWS, commented, “We are honored to receive this incredible show of support from Volpe & Koenig. As a 2017 IPromise Charitable Giving Fund winner, PAWS will be able to save and serve more of the animals who need us most. Doing so depends entirely on the generosity of the community, so we are grateful to welcome Volpe & Koenig as a lifesaving partner. Together, we are bringing Philadelphia one step closer to becoming a no-kill city. IPromise funding will support PAWS in its efforts to build a containment center for animals with infectious but treatable diseases, and enable them to take in more rescue animals. 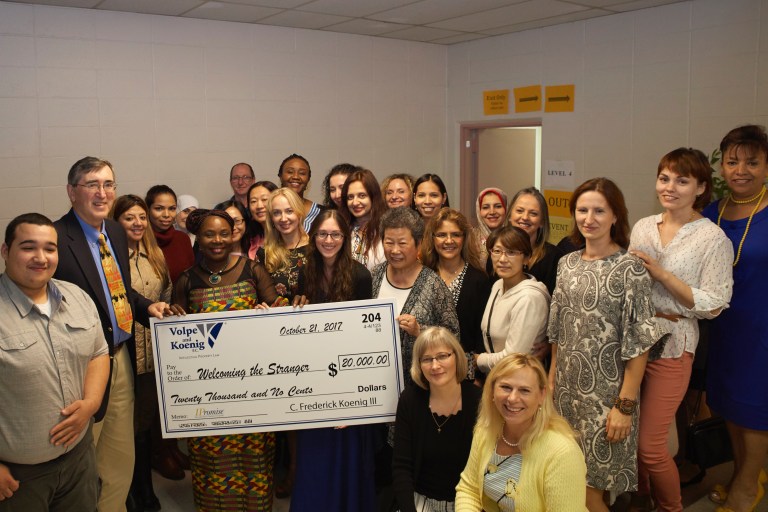 region as they find their footing in a new country. Our programs strive to help immigrants and refugees get the educational opportunities and resources needed to become productive, contributing members of the community. We send our heartfelt thanks to the Volpe and Koenig team for supporting our work.”

Applications for 2018 IPromise grants will be available next June on the firm’s website.