Nevertheless, She Desisted: Kristen Bell, Shattered Glass, and Why Your Podcast Needs a Trademark 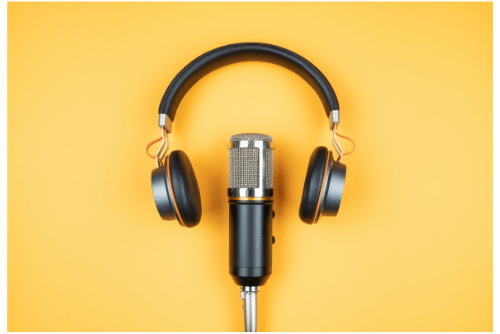 Actress Kristen Bell, alongside her business partner Monica Padman, debuted a limited series podcast this summer, which focused on sharing the stories of exceptional women. They called it Shattered Glass, an homage to the ceiling-smashing work of storied guests like Oprah Winfrey, Reese Witherspoon, Gloria Steinem, and Malala Yousafzai.

By the fifth episode, the podcast had been renamed We Are Supported By and Bell was embroiled in a public skirmish with the creators of a different podcast called Shattered Glass – one that also celebrated the stories of strong women, and that had been produced by three professional women from Pittsburgh since 2017.

A cease and desist letter was sent to Bell and her associates, prompting the name change that was discussed on We Are Supported By. Commenters in online discussion forums accused the earlier podcast of following the money, and pointed out that there were four podcasts with the name Shattered Glass, but action was only taken against one. The original Shattered Glass creators struck back and published an open letter on their website. It stated that Kristen Bell, with her vaunted position in Hollywood and the arts community, was diluting the brand they had worked to create. They asserted their right “to own their brand and protect their work,” and implored Bell to “uplift and inform, to help creators understand and utilize their rights, and to promote the universal message of women shattering glass.”

Even though creators of the earlier Shattered Glass hadn’t filed for federal trademark protection prior to Bell’s iteration of the same name, they rightly claimed common law protection to the trademark. That meant that even though the earlier podcast didn’t federally register the trademark which provides significant advantages and protections, it was entitled to the more limited protection available under common law because it was in use at the time Bell’s podcast debuted.

While Bell and her associates complied with the cease and desist demands and rebranded the podcast, if they had chosen to challenge the rights of the original Shattered Glass, an expensive, complicated, and public legal struggle would have occurred.

What Can Podcasters Learn From This?

According to Listen Notes, the podcast search engine, more than 2.5 million podcasts now exist. In an overcrowded market, podcasters must be proactive. Before sinking time, money, and marketing effort into creating a brand, it’s important to ensure no one else has used the same trademark to sell the same goods and services – otherwise, as Kristen Bell found out, a costly rebranding may be necessary. An attorney can help avoid this situation by evaluating whether there are issues with a potential trademark prior to investing resources in it.

“To be forewarned is to be forearmed” - podcasters should consider brand protection as early as possible to prevent future issues. The things listeners associate with a podcast – its logo, the title, a slogan – are valuable parts of a brand. When these things are federally trademarked, the owner enjoys the benefit of the law’s protections throughout the entire United States, including the constructive notice to the public of your trademark rights and the presumption that it is the rightful owner of the trademark. Anyone who contests it will have the responsibility to prove otherwise.

While anyone with a microphone and an opinion can launch a podcast, the most successful and enduring ventures consider and invest in the future. An important part of this is carefully creating, controlling and protecting the podcast brand through trademark. Contact an experienced attorney today to learn more about the many benefits of trademark registration.