USPTO Getting Faster: How to Control the Pace of Patent Prosecution in a More Efficient Patent System 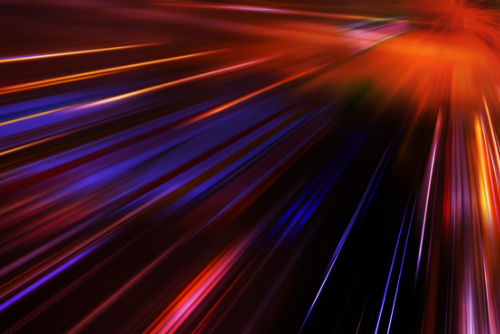 In recent years, the United States Patent and Trademark Office (USPTO) has taken strides to reduce, on average, the duration of time between the filing of a patent application and either abandonment or issuance (also referred to as “patent pendency”).

The USPTO has hired hundreds of new patent examiners to replenish manpower lost during the pandemic and indicates plans to increase examiner hires steadily through 2026. USPTO, Fiscal Year 2022: Congressional Justification, 37 (2021) Various changes in the assignment of applications to art units and pre-issuance processing have been made to shorten the overall timeline of an application. Commentators point out that that USPTO has even changed the criteria by which examiners are evaluated, now placing greater weight upon examiners’ ability to advance prosecution.

Overall, the USPTO’s efforts have met with success. In December, the USPTO published year-over-year statistics on patent pendency through 2021. Patents Pendency Data December 2021, USPTO (last visited Feb. 3, 2022). Notably, for the period between January 2013 and August 2021, total pendency (not including Requests for Continued Examination (RCEs)) dropped from roughly 32.1 months to 22.3 months—a decrease of over 30 percent.  For applications where at least one RCE was filed, total pendency over the same timeframe fell over 25% from 38.3 months to 28.6 months.

Even further reductions to these pendency figures are on the horizon. For example, the USPTO recently announced a proposed rule change under which it would begin issuing patents electronically instead of by mail. Electronic Patent Issuance, 86 Fed. Reg. 71,209 (proposed Dec. 15, 2021). The proposed change could potentially reduce the time to issuance after payment of the issue fee by up to two weeks. The USPTO is also developing tools with artificial intelligence (AI) capabilities to assist patent examiners with prior art searches. Patent Alert: USPTO developing new artificial intelligence capabilities for examiner search tool, USPTO (Dec. 21, 2021).

Generally speaking, a reduction in pendency can entail a longer timeframe for enforcement of the patent since the twenty-year term of an issued patent begins at the effective filing date of the application. A shorter time-to-issuance can also be advantageous  when applicants use patents to secure venture capital or angel funding or for those in fast-developing fields where the patented subject matter could soon be rendered obsolete.

On the other hand, an expedited process can work against the applicant in some situations. Applicants whose inventions have not yet been brought to market may not know if or when the embodiments disclosed will become commercially viable. Unforeseen roadblocks in the manufacturing process, such as when an applicant is forced to modify a product line due to material shortages, can also impact an applicant’s patent strategy.

As the patent system moves faster and faster, applicants who find themselves in these situations may instead wish to slow down prosecution. A US patent application can effectively be kept pending for an indefinite amount of time, but the official fees required to do so can be significant. Patent counsel should know how to pump the brakes in the most cost-conscious manner.

Three basic strategies that can be used from the outset of the process are as follows:

Once prosecution commences, applicants may consider the following approaches:

A story of caution that over-zealous applicants should keep in mind, however—last year, the Court of Appeals for the Federal Circuit (the “Federal Circuit”) held that an applicant’s “unreasonable and unexplained delay” during prosecution permitted the USPTO to claim the defense of prosecution laches. Hyatt v. Hirshfeld, 998 F.3d 1347, 1369 (Fed. Cir. 2021). Applicant’s conduct included filing hundreds of applications that were “atypically long and complex” and filing amendments increasing the total number of claims to roughly 115,000, which were so numerous that the USPTO created an art unit of twelve experienced examiners solely to examine applicant’s patents. Id. at 1353. Ultimately, the conduct was sufficient grounds for holding the involved applications invalid.

To be clear, Hyatt illustrates an extreme example, and there are legitimate reasons why an applicant may want to delay prosecution with legitimate ways of bringing about such delay. Ideally, applicant and counsel should discuss applicant’s business strategy to ensure they can obtain the strongest protection possible.