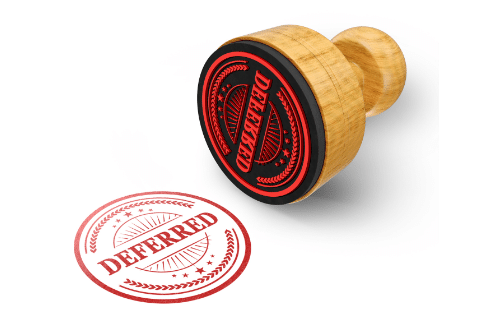 Earlier this year, based on a suggestion from the Congress of the United States, the United States Patent and Trademark Office (“USPTO”) implemented the Deferred Subject Matter Eligibility Pilot Program (“Pilot Program”). During the duration of the Pilot Program, the USPTO will be evaluating the effects of permitting applicants to defer responding to Subject Matter Eligibility Rejections, i.e., 35 U.S.C. §101 rejections. The Pilot Program began in February of this year and runs through the end of July, and will likely have a large impact in art units focused on Artificial Intelligence, Data Processing, and Biotech/Organic Chemistry.  Art units in these areas have had some of the lowest allowance rates across all utility applications since the Supreme Court issued decisions in Alice Corp., Mayo, and Myraid.  Thus, while the Pilot Program is open to all examiners in all subject matter areas, applications covering these art units are expected face the biggest implications if this Pilot Program is deemed to be successful.

Under standard practice, examiners at the USPTO perform “compact prosecution.” Under compact prosecution, an examiner reviews each pending claim for compliance with every requirement for patentability in the initial review of the application and identifies all the applicable grounds of rejection in the first Office Action. Then, when responding the Office Action, the applicant must respond to every ground of the rejection.  Additionally, a Subject Matter Eligibility Rejection (“SME”) is given when a claim in a patent application is deemed to not contain patent-eligible subject matter. SME rejections undergo a multi-prong test to determine if the claim is able to overcome the rejection.  Additionally, SME rejections are constantly evolving as revised tests and updated laws are emerging based on the vast amount of litigation revolving around these rejections.

Unlike other pilot programs established by the USPTO, this Pilot Program requires an invitation, which applicants may receive in a first Office Action.  The Office Action must include a SME rejection along with another rejection, such as a 35 U.S.C. §§112, 102 or 103. The SME rejection must be to either a Step 1 rejection, where the claim as a whole does not fall within a statutory category, or a Step 2B rejection, where the claim as a whole is directed to a judicial exception without also including additional limitations amounting to significantly more than the exception.  Applications which receive a SME rejection regarding utility or inventorship do not qualify for the Pilot Program. There are additional qualifications the application must meet.  For example, the application must be an Original Non-Provisional Utility Application or National Stage Application, and cannot be accorded special status under 37 C.F.R §1.102.

Once an invitation is received, the applicant fills out and files a form, PTO/SB/456, along with a timely response to the Office Action.  Participation in the Pilot Program permits the applicant to defer presenting arguments, evidence, or amendments in response to the SME rejection(s) until the earlier of: (i) final disposition of the participating application or (ii) the withdrawal or obviation of all other outstanding rejections. Final disposition includes (1) mailing of a notice of allowance, (2) mailing of a final Office Action, (3) filing of a notice of appeal, (4) filing of an RCE, or (5) abandonment of the application. While “withdrawal or obviation of all other outstanding rejections” refers to the situation in which a second or subsequent non-final Office Action containing only the SME rejection(s) is mailed in a participating application. This is because the applicant has overcome, or the examiner has withdrawn, all the non- subject matter eligibility rejections that were previously made.  The USPTO provides various examples in the Federal Register for how an applicant can respond under this Pilot Program as well as a flow chart to assist applicants in the various paths.

Applicants should consider the potential future prosecution of the application when determining if they wish to enter this new Pilot Program. For example, once the invitation is accepted, there is no way to “get out” without one of the two above situations occurring.  Additionally, applicants cannot waive into certain other initiatives or pilot programs that advance examination, including the Collaborative Search Pilot Program or the COVID-19 Prioritized Examination Pilot Program. Additionally, as a condition of entering this Pilot Program, an applicant must agree that they will not seek special status or expedited processing of a participating application until final disposition has been achieved in the application.  However, there are also several benefits to consider.  The first being that by addressing all other rejections prior to any SME rejections, it is possible that the outstanding SME rejection will be overcome via amendments or arguments pertaining to the other rejections.  This will not only save money at the USPTO but also allow for a much broader prosecution history.  Additionally, even if the SME rejection(s) are not overcome in response to the other rejections, the applicant need only focus on the outstanding SME rejection, allowing for a more focused response.