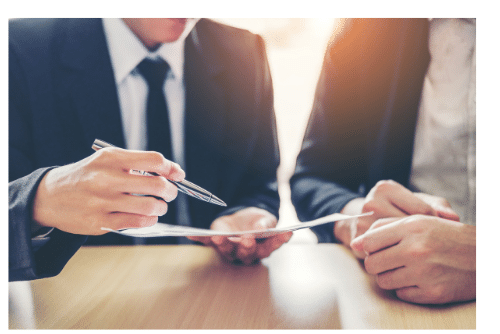 The ongoing pandemic has wreaked uncertainty for many businesses. Forecasting expenses and costs, especially in the research and development areas, has become more difficult. In the intellectual property world, opinions of counsel on patentability, infringement, clearance, and validity are often overlooked as tools to control budgets and forecast spending. While each of these opinions will necessarily require upfront costs, the information they provide often yields tangible cost savings resulting from a more focused research and development effort. This article explores some common scenarios where these opinions are useful, and analyzes their benefits and drawbacks.

Patentability opinions are usually flexible in terms of costs and scope. The value of a patentability opinion is based on identifying problematic prior art which could prevent or otherwise drastically reduce the chances of obtaining a patent. While some may view patentability opinions as presenting a binary answer to whether to proceed or not proceed with pursuing a patent application, it is important to remember that more value can be derived from these opinions. If prior art is discovered that is similar to the new concept being searched, but not necessarily novelty destroying, the search results can be used to shape the commercial design and development of the new product and guide the patent application drafting process to avoid the prior art and address deficiencies in the prior art.

While there is considerable upside to a patentability opinion, these opinions are entirely optional because neither the United States Patent and Trademark Office (USPTO) nor any other analogous foreign patent examining body requires them, and each examining body will ultimately perform its own prior art search. One potential downside to such a search is the requirement to disclose known prior art to the USPTO in an information disclosure statement (IDS) in order to comply with the applicant’s duty of disclosure.

When one considers the potential for investing in research and development of a product that ultimately may be covered by another party’s patent or may not be protectable, patentability opinions can provide valuable guidance in terms of allocating budget expenses.

Validity Opinions
Validity opinions, as their name suggests, essentially examine whether the subject patent is valid. Validity opinions can be used in similar situations as those involving infringement opinions. These opinions can be useful upon learning of a potentially harmful patent that could be asserted against a commercial product. Validity opinions may also arise in the context of pre-litigation analysis by patentees. Although issued patents are presumed to be valid, obtaining a validity opinion can be a useful tool to rebut any allegations that the patentee did not comply with the requisite pre-litigation analysis necessary to avoid Rule 11 sanctions.

Freedom to Operate Opinions
These opinions, which are also known as clearance opinions, essentially examine the patent landscape to determine whether a proposed product will infringe an existing patent. Companies typically consider having these opinions prepared prior to investing substantial resources, including marketing and manufacturing efforts, as part of their budget controls.

Although freedom to operate opinions should be comprehensive, these opinions are completely optional and can be tailored in many different ways, including limiting the opinion to certain jurisdictions based on expected commercial efforts, known competitors, and other factors in order to control the budget. As with patentability opinions, the end product will only be as reliable as the parameters dictating the scope of the opinion, such as the allotted budget.

Conclusion
Each of the various patent opinions should be viewed as tools that cost money upfront but can prevent spending research and development resources on projects that may have little chance of being patentable or may run the risk of patent infringement. While the value of these opinions is not always immediately apparent, investing in them early on in the development of a product can pay dividends in long-term cost savings. It is important to keep these various opinions in mind as cost controlling tools in any business cycle.

Reprinted with permission from the April 28, 2021 issue of The Legal Intelligencer ©2021 ALM Media Properties, LLC. Further duplication without permission is prohibited. All rights reserved.