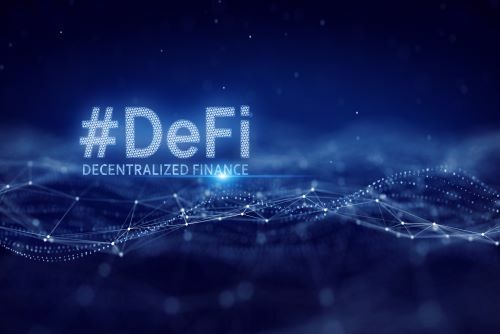 Uniswap is a DEX or decentralized exchange application for cryptocurrencies and tokens. Like most decentralized financial (DeFi) protocols, Uniswap runs on fully open-source software which utilize smart contracts on Ethereum’s blockchain. Being decentralized, Uniswap protocols are voted on by users of the platform, and governance is controlled by UNI token holders. Uniswap operates via liquidity pools; thus, users add to the pool by providing a pair of tokens to smart contracts in exchange for a percentage of the trading fees from future exchanges of that contract. Unlike centralized DEXs, like Coinbase, Uniswap allows anyone to participate in financial exchange, without a middleman company, in a permissionless and secure environment. However, as open-source software utilizing a General Public License (GPL), the Uniswap code can be copied to create new competing DEXs.

For example, SushiSwap is an automated market maker (AMM) which emanated from copying Uniswap V2’s open-source code. Anonymous SushiSwap creator, “Chef Nomi,” took advantage of Uniswap’s GPL distribution, granting Chef Nomi free reign to copy, run, distribute, and/or modify the software. Upon launch, Chef Nomi introduced a token (SUSHI) to accompany the Uniswap clone. The token differentiated SushiSwap enough that liquidity providers began pulling from Uniswap’s pool into SUSHI, resulting is SushiSwap draining Uniswap of about 55% of its liquidity. After this dubbed “vampire attack,” SushiSwap has become one of the leading DEXs in the crypto space, right behind Uniswap. In response, Uniswap introduced its own UNI token to compete with SUSHI on Uniswap V2.

Previous versions of Uniswap operated under a GPL which gave rise to copycat versions of the software sucking users away from Uniswap. Uniswap V3 attempts to address copycat vampire attacks by employing a different license agreement.

Uniswap V3 operates under a Business Source License (BSL) 1.1. This agreement incorporates copyright law and allows Uniswap governance to restrict unauthorized commercialization of an entity’s source code for two years. During that time, the Uniswap community can “be the first to build an ecosystem around the Uniswap V3 Core codebase.” After the BSL ceases, the license will convert to a GPL, indefinitely. Given the dynamic environment of the software space, applications are drastically altered over the course of two years and Uniswap V3 is likely to be obsolete, or at least so outdated where copying would be impractical to vampirical developers. Uniswap’s move to this type of license has the potential to cause a chilling effect on potential investors and users looking to create a Uniswap V3 knockoff.

While the BSL may not solve the problem of anonymous developers from stealing Uniswap’s source code, the license does provide Uniswap with the option to sue third parties for contributory copyright infringement for using a protocol that uses the Uniswap V3 source code for the first two years after its release.