Trouble Ahead for Influencer Revenue 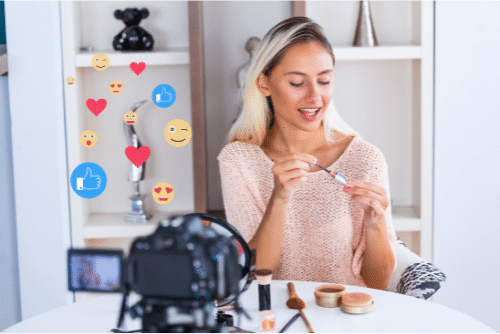 For an estimated $1.6 million, soccer superstar Cristiano Rinaldo will advertise a product in an Instagram post to his 329 million followers. Other celebrities who command more than $1 million per endorsement include Ariana Grande, a handful of Kardashians/Jenners, and The Rock. This practice, known as “influencer marketing,” has ballooned from a $1.7 billion market size in 2016 to an expected $13.8 billion in 2021,  while at the same time upending traditional print and broadcast advertising.

Now, a trademark lawsuit threatens to derail the gravy train. What happens when an influencer promotes a brand that violates someone else’s registered trademark?  A California district court is considering this exact issue in a case called Petunia Products, Inc. v. Rodan and Fields LLC.

Sims asked the court to not hear the case, arguing Petunia didn’t prove either of the last two elements. She argued she did not use the trademark for commercial gain, since Rodan & Fields sells the product. Sims also implied that finding her liable for trademark infringement would violate her right to free speech as a blogger.  Lastly, she contended that Petunia Products failed to show that consumers were likely to be confused about the source of the eyebrow gel promoted in the blog post.

On August 6, the court found in favor of Petunia Products and did not dismiss Sims from the lawsuit. Specifically, the court determined that it needs to further examine whether the blog post used the trademark owned by Petunia to sell a product that competes with Petunia’s line of cosmetics. The court pointed out that the post included a photo of the Rodan & Fields “Brow Defining Boost” gel, quoted the price, and linked to the website on which it can be purchased. The court also found that further inquiry is required into whether Sims’ use of the trademark could possibly cause consumer confusion.

As influencer marketing becomes the new advertising, legal and commercial implications of the industry remain to be seen. In light of the Petunia lawsuit, celebrities and micro-influencers alike may need to reevaluate and prepare for changing responsibilities with regard to sponsored posts and other social media-based promotion.

Regardless of how the court case shakes out though, one thing’s for certain: the lawsuit has highlighted that influencers and their brands have enormous value. Those who rely on social media and their personal brands should seek an attorney who can determine how to best protect the brands they have worked to build – just like Petunia Products.