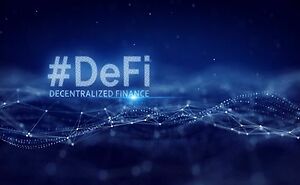 Uniswap is a DEX or decentralized exchange application for cryptocurrencies and tokens. Like most decentralized financial (DeFi) protocols, Uniswap runs on fully open-source software which utilize smart contracts on Ethereum’s blockchain. Being decentralized, Uniswap protocols are voted on by users of the platform, and ... Read More ›

Posted in: Copyrights
Charting the Intellectual Property Course for the Emerging Auto Manufacturer

Tesla CEO Elon Musk once explained that “in certain sectors like automotive, solar, and space, you don’t see new entrants.”1 The auto industry, in particular, rebuffs new startups with a host of ominous caveats: the inability to appraise the future of the industry, the protracted history of broken manufacturers – thousands of them, in fact – and the calculated entry of the major tech companies, like Apple and Google, that seek to challenge the incumbents for market share. Building and delivering cars to the end user has always been a battle of attrition. So the emerging ... Read More ›

Posted in: IP Portfolio Management
Okay, Google®: Can AI Be Granted Inventorship to a Patent?
10.04.2019 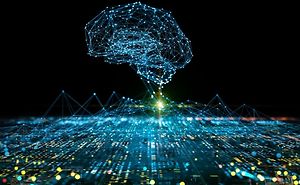 Google® CEO Sundar Pichai demonstrated the capabilities of Google Assistant onstage at Google I/O.1 Triggered by a voice command, the Google Assistant software seamlessly and successfully communicated with a hair salon employee, via a phone call that the software initiated, to book the appointment. Pichai explained that Google Assistant actually “understand[s] the nuances of conversation” by combining natural language understanding, deep learning and text-to-speech technology. This represents a new and less blatantly artificial development in the scope of AI ... Read More ›

Posted in: Patents
The Ethical Considerations of Patenting Autonomous Weapons

Every aspect of day-to-day life is increasingly influenced by artificial intelligence and automation. Mundane household tasks such as setting the temperature on thermostats, brewing a pot of coffee to coincide with our morning routines, and other simple chores can now be performed by automation. (Google’s U.S. Patent 9,513,642: “Flexible functionality partitioning within intelligent-thermostat-controlled HVAC systems” and General Electric’s U.S. Patent 4,330,702: “Electronic control system for coffeemaker”).