The subject of the appeal is Mr. Junker’s design patent claiming an ornamental design for a handle for an introducer sheath shown below with solid lines. 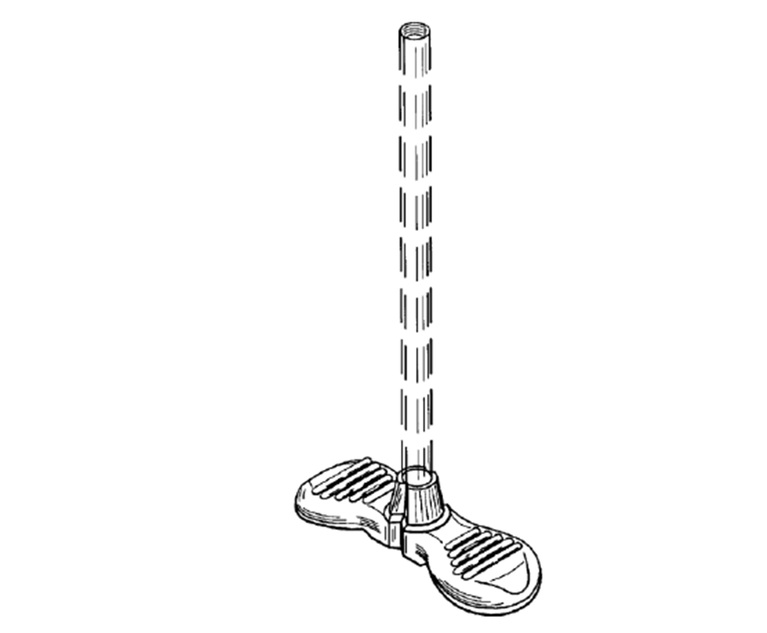 Mr. Junker accused the defendants of infringing the patented design. In response, the defendants countered in-part that the patent was invalid. Both AIA 35 U.S.C. 102(b) and Pre-AIA 35 U.S.C. 102(b) provide for an on-sale bar which will invalidate a patent claim if the invention was on sale more than one year prior to the date of the application for the patent. At the District Court level, the parties filed cross-motions for summary judgment arguing whether a letter predating the critical date, i.e. one year prior to filing a United States patent application, was an offer for sale that invalidates Mr. Junker’s patent. The District Court ruled in Mr. Junker’s favor finding the letter was not an offer for sale because the letter was a preliminary negotiation and not a definite offer. After holding a bench trial, the District Court ruled that the defendants infringed the design patent, that the infringement was willful, and awarded Mr. Junker $1,247,910.

On appeal, the Federal Circuit reviewed whether the District Court erred in finding the letter was not an offer for sale. The Federal Circuit reviewed the facts under traditional contract law principles. The Court stated that the letter qualifies as an offer for sale if the receiving party could make the letter into a binding contract by simple acceptance. The relevant factors include: (1) the terms of any previous inquiry, (2) the completeness of the terms of the suggested bargain, and (3) the number of persons to whom a communication is addressed.

The facts in this case included that, under a non-disclosure agreement, Mr. Junker, who did not have the manufacturing capability, began discussions with Mr. Eddings, a founder of a medical device manufacturing company, to manufacture the product. Mr. Eddings’ company, Xentek, developed and provided a prototype of an introducer sheath with the handle later patented by Mr. Junker. Mr. Eddings through Xentek later communicated with Boston Scientific Corporation regarding products incorporating the later patented handle for introducer sheath. At the request of Boston Scientific Corporation, Xentek sent the letter in question outlining pricing information for the different products. The letter stated in part:

Thank you for the opportunity to provide this quotation for the Medi-Tech Peelable Sheath Set. When we first received this request for quotation we were under the mistaken impression that you wanted the exact configuration as the drawing that was provided which would have required extensive tooling expense. Subsequently, we have learned that this is not the case and are pleased to submit this quotation for a product of our design.

The principals of Xentek Medical have extensive experience in the design, development and manufacture of this type of medical device. If you should have any specific dimensional requirements this product could generally be tailored to your specifications.

The letter also included a price chart noting the “prices are for shipment in bulk, non-sterile, FOB [free on board] Athens, Texas on a net 30-day basis.” Mr. Eddings stated his appreciation for “the opportunity to provide this quotation” and that he “look[ed] forward to discussing [Boston Scientific’s] requirements in person.”

In reviewing the language of the letter, the Federal Circuit noted that evidence that Xentek was responding to a “request for quotation” from Boston Scientific and the letter was only addressed to Boston Scientific suggests the letter “was not an unsolicited price quotation or invitation to negotiate, but rather a specific offer to Boston Scientific to take further action.” The Court further stated that many terms typical of a commercial contract were detailed in the letter including specific delivery conditions such as the prices provided are for “shipment in bulk, nonsterile” and “FOB Athens, Texas” “which is a standard commercial term used to allocate the risks and responsibilities of the buyer and seller with respect to delivery, payment, and loss of the product.” The Court also noted that the letter provides a payment term of within 30 days of delivery. Additionally, the Court states “[f]inally, and importantly, Xentek’s letter specifies multiple different purchase options for its peelable sheath products.”

Despite the letter’s conclusion and invitation for further discussion, the Court states “expressing a desire to do business in the future does not negate the commercial character of the transaction then under discussion.” The Federal Circuit concluded that the letter was a complete offer that would bind the parties if Boston Scientific simply accepted. In doing so, the Federal Circuit rejected Mr. Junker’s arguments that (1) the letter omits essential terms such as which size product and what quantity of product are being purchased and (2) the letter’s use of the term “quote” throughout evidences the letter was merely a price quotation inviting further negotiations. Mr. Junker’s first argument was rejected because the price chart provided multiple offers depending on the size of the product and the number of sets desired; “multiple offers does not mean that there was no offer to be accepted.” Mr. Junker’s second argument was rejected because the word “quote” may be used in an offer and the terms of the letter rather than the language is used to determine the intent.

Therefore, this pre-critical date letter was found to be an offer for sale that invalidated Mr. Junker’s patent under §102(b) and the Federal Circuit reversed the District Court’s decision.

Notably, the Federal Circuit compared the facts in Junker to the facts in Merck & Cie v. Watson Lab’ys, Inc., 822 F.3d 1351 (Fed. Cir. 2016) and Cargill, Inc. v. Canbra Foods, Ltd., 476 F.3d 1370 (Fed. Cir. 2007). In Merck, the Federal Circuit found that a fax in response to a buyer’s request to purchase product which included the price of the product, the location for delivery, payment terms and an amount to be purchased qualified as a commercial offer for sale under the on-sale bar. In Cargill, the Federal Circuit found that a letter confirming a request for a certain amount of canola oil, which included the amount of oil to be delivered, a specified unit price, and under a standard contract designation (FOB), qualified as a sales transaction under the on-sale bar. The Court found in both of these cases that the communication in question contained all the required elements of a commercial offer for sale. Specifically, the communications included price, delivery, and payment terms.

Innovators should pay special attention to communications that may be deemed an offer for sale to conservatively determine critical filing dates under 35 U.S.C. 102(b). Especially communications including important terms such as price, delivery, and payment information.

Reprinted with permission from the April 28, 2022 issue of The Legal Intelligencer ©2022 ALM Media Properties, LLC. Further duplication without permission is prohibited. All rights reserved.