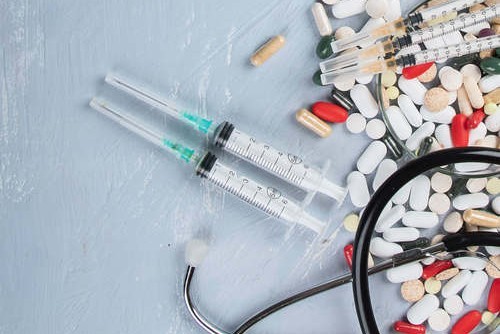 Patent and U.S. Food and Drug Administration practices are complex. But these two fields were further complicated by meshing them together in a design intended to both (1) reward drug innovators but then (2) insure that cheaper, generic versions of drugs hit the market quickly after the innovator patents expired. One aspect of this tangled net of highly specialized legal fields was brought to light in the recent case GlaxoSmithKline v. Teva, 2018-1976, 2018-2023 (Fed. Cir., August 15, 2021). This post covers only a small, but still complicated, portion of this decision. The entire case is important, and and can be found at  CAFC GSK v. TEVA

GlaxoSmithKline (GSK) markets and sells carvedilol under the brand name Coreg®. In 1997, GSK obtained approval from the Food and Drug Administration (FDA) to market carvedilol for treatment for hypertension and congestive heart failure (CHF). In 2003, GSK obtained additional approval to market the same drug to reduce cardiovascular mortality in patients suffering from left ventricular dysfunction following myocardial infarction, i.e., the “post-MI LVD” indication. That is, there are three approved indications: (1) hypertension, (2) CHF, and (3) post-MI LVD.

GSK obtained U.S. Patent Nos. 4,503,067 (the ’067 Patent) and 5,760,069 (the ’069 Patent). The ‘067 Patent claimed the compound that is carvedilol. The ‘069 Patent claimed a method of administering a combination of (1) carvedilol and (2) one or more of an ACE inhibitor, a diuretic, and digoxin to decrease mortality caused by CHF in a patient. These patents gave GSK exclusive rights to the claimed invention, and GSK listed them on the FDA’s “Approved Drug Products with Therapeutic Equivalence Evaluations,” which is known as the Orange Book and lists patents covering approved drugs.

TEVA sought to obtain approval from the FDA to market its generic version of carvedilol by filing an Abbreviated New Drug Application (ANDA) for all three indications. Under FDA rules, an ANDA filer must make a certification of how its generic would impact the innovators patent. Here, TEVA certified that it would not market carvedilol until after the ‘067 Patent expired (“Paragraph III” certification). TEVA also certified that the ’069 Patent was “invalid, unenforceable, or not infringed” (“Paragraph IV” certification).

Patent law makes filing an ANDA an act of infringement, but GSK did not sue TEVA at this time. Instead, GSK filed a reissue patent application with the USPTO that resulted in surrender of the ‘069 Patent and issuance of RE40,000 (the ’000 Patent). The ’000 Patent claimed a method of decreasing mortality caused by CHF by administering carvedilol in combination with an ACE inhibitor, a diuretic, and digoxin, but added a new element in comparison to the ‘069 Patent: “wherein the administering comprises administering to said patient daily maintenance dosages for a maintenance period ... and said maintenance period is greater than six months.”

TEVA certified to the FDA that its label for generic carvedilol would not include decreasing mortality caused by CHF. This left only the (1) hypertension and (3) post-MI LVD indications on the label – thus, it was a “skinny label”: a label that seeks generic approval for some but not all of the innovator’s approved indications. Through a complicated chain of events, TEVA amended its label -at the direction of the FDA- to also include “treating patients with chronic heart failure by administering carvedilol to increase survival and to reduce risk of hospitalization.”

TEVA’s expert testified that this description did not cover indication (2) for, CHF. However, GSK’s expert testified that this labeling satisfied the ’000 Patent limitation of “decreasing mortality caused by congestive heart failure.” The jury agreed with GSK, found that TEVA induced infringement of the ’000 Patent, and awarded $235 million in damages to GSK. TEVA moved to have the verdict set aside, and the trial court agreed – “stating that substantial evidence did not support the verdict of induced infringement because GSK failed to prove that Teva’s alleged inducement, as opposed to other factors, actually caused physicians to directly infringe by prescribing generic carvedilol for the treatment of mild to severe CHF.” Ultimately, the Federal Circuit disagreed with the trial court and sustained the damages verdict.

TEVA’s attempt to “carve out” CHF from its skinny label was unsuccessful.

Skinny labels were once considered as “safe harbor” from infringement, but this case shows that safe harbor can overcome. Skinny labels may still work in the future, but they must be scrupulously compared to patent claims. A generic producer must insure that its “carve out” will survive an expert battle. The generic producer must be prepared with data, physician testimony, and regulatory records to establish that no physician would have used the generic in a way that would infringe the innovator’s patent claims based on the skinny label. Conversely, an innovator should scrupulously review a generic producer’s label versus its patent claims in order to effectively protect its intellectual property and business.