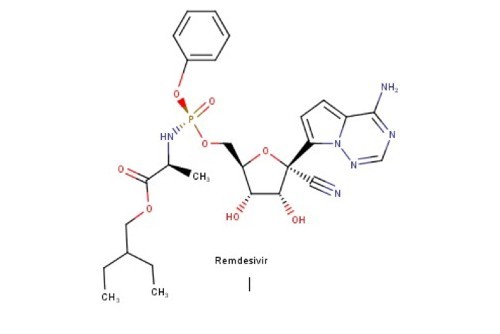 Fiction and reality collide. The Netflix series Designated Survivor included a story line about a viral outbreak in Louisiana; a devastating pandemic was looming. Fictional president Tom Kirkman learns that the fictional cancer drug Extasis, being developed by fictional Pharm. Co. Benevax, showed promise to defeat the virus. Fictional CEO Carlton Mackie and the fictional President had a heated exchange in the oval office where Carlton Mackie ineptly tried to explain the economics of drug development. The fictional President chewed him out, and then used a political strategy to force Benevax to provide the drug for free.

Now, in reality, we are faced with a Pandemic from SARS-CoV-2, and Gilead’s Remdesivir shows promise in combatting COVID-19. Gilead has already donated its stock of the drug to fight this scourge. But a recent Law 360 article notes that activists are concerned that a shortage of Remdesivir will occur. They note that Gilead owns patents over the drug, but also that it was developed in part with government funding. They argue that the U.S. government should be able to take the drug: “If the U.S. government co-invented remdesivir, with substantial investment by the American public in its development, why should Gilead alone profit and control who can manufacture it?”

There are legal arguments that both sides can use (e.g., Takings and March-In Rights). We must, however, consider what steps will most effectively eliminate the problem without causing greater damage in the long run. The economics of drug development are steep – billions of dollars are required to get a drug to market, while billions of dollars are made off of successful drugs. The profit on the far end of drug development is required to balance the extraordinary risk on the near end.

The life lesson pre-1980s was that government control of technology meant little to no commercialization. The good of the lab-bench went to the storage room instead of to the hands of the needy. Then the Supreme Court opened patenting to anything under the sun made by man in Diamond v. Chakrabarty, and the Bayh-Dole Act was passed – allowing those that develop technology under government contracts to elect to retain ownership. These developments were key. The biotechnology industry took off, and life-saving products made it to those in need. Robust Life Science and Pharma. industries are needed not just for economic health. The existence of SARS-CoV-2 does not mean that other nasty pathogens, metabolic disorders, cancers, and other biological hazards have ceased their nefarious course. The partnership between government and industry that was struck in the 1980s worked. If we decide to craft a special solution for COVID-19, insure that we do not reverse course.