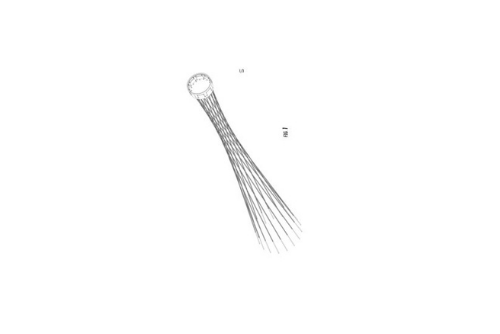 Design patent protection is an under-utilized tool that can provide fifteen (15) or more years of protection at a fairly reasonable cost for the new and non-obvious ornamental appearance of different Articles, which can vary from consumer and industrial products to computer icons.  Once a design patent is issued, one study has shown that design patents provide a higher probability for obtaining an infringement verdict and a substantially lower chance of being found invalid than utility patents.  Accordingly, where appearance distinguishes a product from others in the marketplace, design patents provide an excellent way to curtail the competition – by design.

Design patents protect the new, original and ornamental design of an Article of Manufacture. This is in contrast to utility patents which may cover the construction, composition, or functionality of various articles as well as various processes. Accordingly, design patents may offer additional and/or complementary protection to utility patents.  In either case, a patent is NOT a right to make, use, or sell an invention.  It is only the right to exclude others from making, using or selling the invention, that is granted by the government.

There are virtually no limits on the types of Articles of Manufacture that could benefit from design patent protection. Design patents are often obtained for various home goods, furniture, appliances, and industrial products where the functionality of the Article may be known, but the specific appearance is distinctive.  Footwear, including athletic shoes, sandals, and the well-known Crocs® clogs, have all obtained the benefit of design patent protection from knock-offs that have allowed the patent holders to protect and build-upon their now well-known brands. Other areas where design patent protection can be of great value include, for example, computer and/or mobile devices, where design patents have been used as a complementary way to protect the appearance of such Articles by different manufacturers as part of a larger intellectual property protection strategy that further includes utility patents, trademarks and copyrights.

Prior to a change in the USPTO Guidelines for Design Patent Applications in 1996, graphical user interfaces (GUIs) were not considered to be an “Article of Manufacture” eligible for design patent protection.  However, after the Guidelines were promulgated, GUIs became protectable if they were shown and claimed as a portion of a display screen.  Design patent protection can also be obtained for “animated” icons or images that change in appearance during viewing – such as a GUI that changes in color or appearance after being clicked on by a user.

Other more surprising Articles of Manufacture which are protectible can be for example the spray pattern of a water fountain or a faucet outlet. See for example, figure 1 from U.S. Design Patent D802,089, reproduced below. 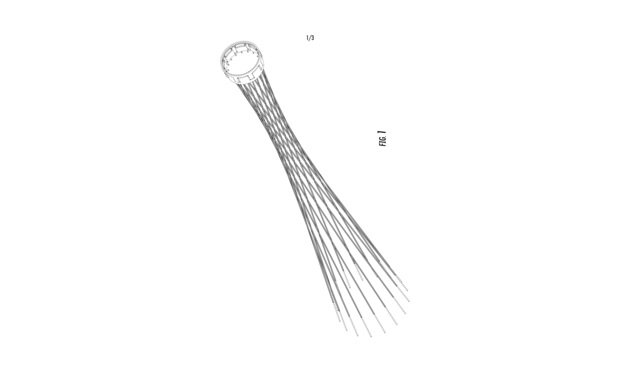 Here, the ornamental appearance of the interlacing spray pattern of the water jets is protected, regardless of the shape of the faucet outlet.

Also, features such as fluorescence, luminesce or other visual effects provided as part of the appearance of an Article can be protected with a design patent.

Obtaining a design patent is relatively straight-forward.  A design patent application is prepared that identifies the Article of Manufacture and the inventor(s), and must include a full set of drawings of the Article depicting the ornamental appearance for which protection is desired along with a short description of the drawings.  The drawings are critical to the design patent application and should be coordinated with a patent professional working with a draftsman familiar with design patent drawing standards.  In a recent case, drawings that did not consistently show the contours of an article in accordance with conventional design patent drawing standards resulted in a claim construction order that was overly limiting and likely not intended since the court held that the lines intended by the design patent owner to show contours were ornamental features in the form of seams. See Simplehuman, LLC v. Itouchless Housewares and Products, Inc., Case 4:19-cv-02701-HSG, D.I. 83 (N.D. CA 2020). While it is possible to use photographs in place of drawings, these can be overly limiting and are usually not recommended.  Color drawings can also be utilized if color is intended to be a required feature of the design.

Successful enforcement of a design patent only requires that an “ordinary observer”, with knowledge of the prior art, “giving such attention as a purchaser usually gives” would find the accused product and the patented design “substantially the same.” Egyptian Goddess, Inc. v. Swisa, Inc., 543 F.3d 665 (Fed. Cir. 2008). One caveat is that only non-functional elements and ornamental aspects of functional elements can be considered as part of the “ordinary observer” analysis.

In addition to the usual remedies for patent infringement, 35 U.S.C. § 289 of the Patent Act also provides that: “Whoever during the term of a patent for a design, without license of the owner, (1) applies the patented design, or any colorable imitation thereof, to any article of manufacture for the purpose of sale, or (2) sells or exposes for sale any article of manufacture to which such design or colorable imitation has been applied shall be liable to the owner to the extent of his total profit, but not less than $250, recoverable in any United States district court having jurisdiction of the parties.”

There have been several notable successes in enforcing design patents. The largest design patent verdict appears to have been obtained in the Apple v. Samsung damages trial where Apple obtained a $533 million verdict for infringement of its design patents and only a $5.3 million verdict for infringement of its utility patents.  The product at issue was Apple’s original iPhone® smartphone, and the lawsuit included design patents directed to the appearance of the housing as well as GUIs. Two of designs that were infringed are shown below. 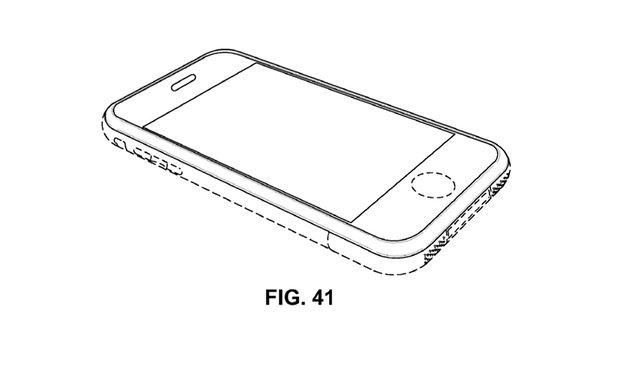 Figure 41 of U.S. D593,087 was one of six different designs covered in this design patent, and this embodiment had disclaimed the circular button (broken lines).  U.S. D604,305 was directed to a GUI.

This case was subsequently settled after the Supreme Court clarified that an Article of Manufacture could be an end product or its parts for the purposes of a damage calculation, and thus the “total profit” referenced in 35 U.S.C. 289 might have ultimately only applied to the housing bezel and the GUI, and not the entire profit for each iPhone® smartphone. 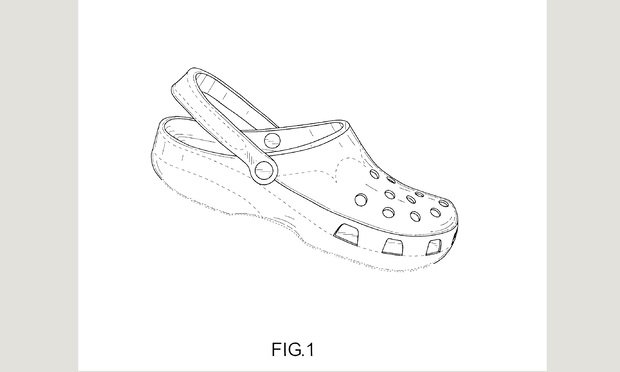 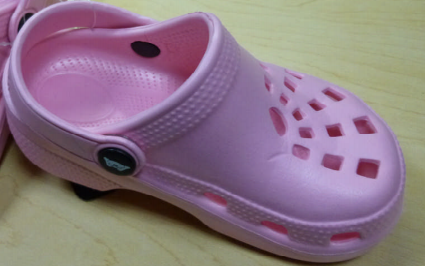 This case allowed Crocs to enforce its design patent against infringing imports. Notably, one of the infringers (U.S.A. Dawgs, Inc. and now it’s successor in interest Mojave Desert Holdings, LLC) pursued an invalidation proceeding of Croc’s design patent through a reexamination at the USPTO.  The Crocs design patent was found to be valid in a 2019 decision by the Patent Trial and Appeal Board.  Further proceedings are still ongoing.

In a somewhat surprising decision, in Columbia Sportswear N. America, Inc. v. Seirus Innovative Accessories, Inc., No. 31:17-cv-01781-HZ (Fed. Cir. Nov 13, 2019), the Federal Circuit reversed a summary judgement of infringement of a U.S. D657,093, finding that an accused infringing design which incorporated the defendant’s ornamental logo raised triable issues for a finder of fact with respect to the “ordinary observer” test for infringement.  The claimed design and the accused infringing design (with logo) are shown below: 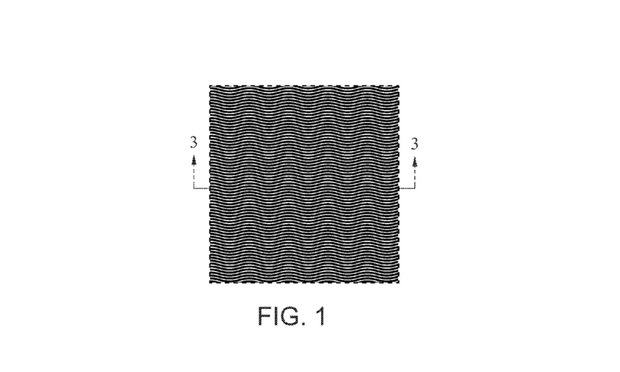 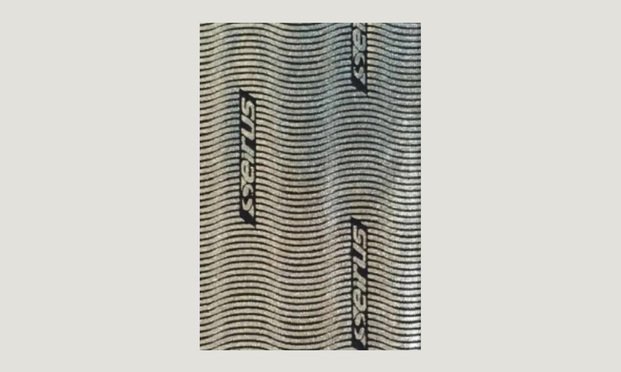 While this case has not been finally resolved, some in the patent bar have argued that labeling alone should not be able to negate a finding of design patent infringement.

In summary, design patents provide similar intellectual protection advantages to other types of patents, including the ability to obtain damages for infringement, injunctive relief, as well as the ability to block imports. Accordingly, design patents should be considered and used as part of an overall intellectual property protection strategy for any new Article of Manufacture.

Reprinted with permission from the March 25, 2021 issue of The Legal Intelligencer ©2021 ALM Media Properties, LLC. Further duplication without permission is prohibited. All rights reserved.