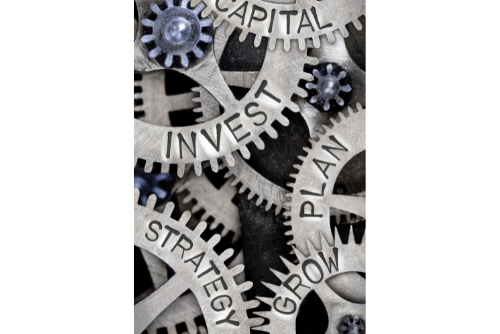 Let’s face it: patents are expensive and most fail to be profitable. For any typical patent portfolio, the challenge is to efficiently weed out the winners from the duds and then assert the winners strategically to effectively monetize the portfolio.

To successfully monetize a patent, one must: 1) prove infringement of one or more asserted claims, 2) defend the asserted claims against invalidity attacks, and 3) establish high-impact damages caused by the accused products’ infringement. So, how does one mine a portfolio for patents that are most likely to help achieve these goals?

Identify patents that have the highest likelihood of infringement

Look for claims that are highly detectable. Claims with the highest likelihood of infringement recite elements that are often customer-facing and do not involve peeking into a “black box”. Instead, often highly detectable claims exist at an interface that is readily observable. It may be impossible, or require cost-prohibitive reverse engineering, to prove all elements of a claim that recites intermediate steps performed deep within a processor. On the other hand, infringement of claims that recite well-documented features or tangible elements identifiable by an unsophisticated observer is much more readily provable.

Look for claims with broader scopes generally over those with narrower scopes. For broader claims, there are often fewer elements and fewer finer details for which to establish infringement. However, a claim with a broad scope is also more susceptible to an invalidity attack.

An asserted claim should also require a single accused infringer. Divided infringement, wherein no single party satisfies all elements of a claim, but rather a combination of parties contribute to satisfying infringement of all claim elements, is vulnerable to strong non-infringement counter positions by any of the parties individually.

Lastly, one should consider how strained of an interpretation of a claim’s language is necessary to establish infringement. In court, a claim’s language will be construed under a Philips construction, wherein terms are given their ordinary and customary meaning in light of evidence intrinsic to the patent record. If an unconventional interpretation of a claim element is necessary to establish infringement, the accused party may successfully argue non-infringement.

Identify patents that are robust against invalidity attacks

An asserted patent is likely to face invalidity counterattacks. As mentioned above, while broad claims present less hurdles for establishing infringement, they cover a wider range of subject matter that invites prior art-based invalidity attacks under 35 U.S.C. 102 and 103. Claims with a more focused scope stand a better chance to withstand a prior art attack because they cover a narrower swath of technology. Further, a patent with a variety of dependent claims that cover different subject matter at different levels of specificity helps to guard against invalidity attacks.

Look for claims that tie steps tightly to structure and have a clear argument that they cannot be performed via a mental process. Although not as bleak as it once was, a very significant number of granted patents still have been subsequently invalidated under 35 U.S.C. 101 for covering patent ineligible subject matter since Alice Corp. Pty. Ltd. v. CLS Bank Int’l was decided by the Supreme Court in 2014.

Claims that recite means plus function language or use nonce terms with functional language that would be considered substitutes for means plus function language are construed under 35 U.S.C. 112(f) to only cover the corresponding structure, material, or acts described in the specification and equivalents thereof. Patents that do not disclose sufficient structure for the corresponding means/nonce claim terms can be found indefinite. Since Williamson v. Citrix was decided by the Federal Circuit in 2015, defendants have been increasingly successful at invalidating asserted patents for indefiniteness. In many cases, it may be best to avoid claims that could be construed under 35 U.S.C. 112(f) to eliminate any potential for this type of invalidity attack.

Patent royalty damages can be awarded only while the patent is in force. Thus, all else being equal, patents with more term remaining have a greater potential to reap larger royalty damages.

Patent royalty damages are also awarded based on the smallest salable unit of the accused product that practices the claim. In other words, in a product that includes many small components but all of the elements of a claim are practiced within one of the small components, damages are awarded based on only the one small, infringing component, rather than the entire product. So, for devices such as modern electronics that include many subcomponents, to maximize damages it’s beneficial to seek out patents with claims that involve the overall system, rather than some subset of the device.

Another key factor in calculating damages is how important practicing the asserted claims is to the accused product. A feature that is available but rarely used in a product will yield less damages than an indispensable one. So, consider how impactful the potential infringing act is to the operation of the accused product when determining whether to assert a patent.

Also consider whether a patent may already be licensed in such a way that could limit or prevent its use against potential targets. Further, e.g., standard-essential patents may be subject to licensing under fair, reasonable, and non-discriminatory (FRAND) terms that could greatly reduce the damages that could be sought.

Mining a patent portfolio to identify the assets in the portfolio that have the best chance to achieve the three above goals can quickly become a very expensive exercise. So, how does a patent holder triage a portfolio to effectively identify the assets with highest profitability potential without the associated costs eroding profits? Find out by signing up for the upcoming Volpe Koenig webinar “First Steps to Portfolio Monetization – Asset Mining” on October 13, 2021 at 1 p.m. EST presented by shareholder Jeff Glabicki and senior patent agent Andrew Buschmeier, Ph.D.