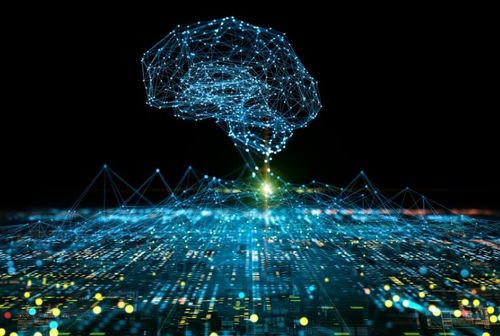 Google® CEO Sundar Pichai demonstrated the capabilities of Google Assistant onstage at Google I/O.1 Triggered by a voice command, the Google Assistant software seamlessly and successfully communicated with a hair salon employee, via a phone call that the software initiated, to book the appointment. Pichai explained that Google Assistant actually “understand[s] the nuances of conversation” by combining natural language understanding, deep learning and text-to-speech technology. This represents a new and less blatantly artificial development in the scope of AI ability.

Google Assistant is among a series of artificial intelligence platforms that came to the forefront with IBM®’s Watson2 and continue to drive innovation, investment, and challenge resolution.  As artificial intelligence technology continues to evolve, we see that the output provided by such platforms can be unique. Where the output from a machine programmed computing device was once determined by a pre-coded set based on probabilistic determinations, today a unique output can be created independent of a pre-set code, by AI, based on context, environment, and understanding. Phrased differently, an artificial intelligence platform may invent solutions previously unknown to those skilled in a given field. For viewers of the AI centric HBO® show West World, this progression towards authentic and independent AI actions and products may conjure up dramatic and bombastic thoughts.

A less dramatic but nonetheless interesting question is: When artificial intelligence technology provides a solution that is previously unknown; does the AI platform become the inventor of the corresponding patent rights to the solution? There are a number of applicable considerations when answering this question and they include legal, moral and social considerations. For the purpose of this discussion, we will focus on the legal considerations based on an intellectual property legal framework.

35 U.S.C. § 100 provides the definitions for the patentability of inventions. According to this section, “[t]he term ‘inventor’ means the individual or, if a joint invention, the individuals collectively who invented or discovered the subject matter of the invention.”3 Barring a philosophical determination of an AI platform being an individual, the limitation of an inventor to an “individual,” as provided in 35 U.S.C. § 100, limits inventorship to humans.  It could be argued that the statute uses the word “individual” deliberately instead of opting for a broader word such as “entity” and, thus, the statute is clear regarding an inventor being a human. Although, alternatively, it could also be argued that the statute omits the word “human” and, thus, such an implied limitation is open to interpretation. Further, as provided in the Manual of Patent Examining Procedure section 2137.014 regarding inventorship, the definition for inventorship can be discussed such that:

The language selected by the Federal Circuit includes the words “who” and “person.” Similar to the word “individual,” as recited in 35 U.S.C. § 100, the language used in authoritative cases surrounding an inventorship discussion focuses on human inventorship and, accordingly, against AI inventorship.

Inventorship for AI platforms can also be explored in the context of conception. In 1929, the Court of Customs and Patent Appeals stated that conception is defined as “the complete performance of the mental part of the inventive act” and it is “the formation in the mind of the inventor of a definite and permanent idea of the complete and operative invention as it is thereafter to be applied in practice….”7 In 1929, a discussion about machine learning would be limited to improvements to industrial machinery and AI was a term still unknown. Unsurprisingly, the language used in this still-cited decision favors human-only conception. Specifically, the decision recites a “mental part” and “the formation in the mind of the inventor” to describe the conception of an invention; attributes that AI platforms do not associate with.

Both the statutory language in 35 U.S.C. § 100 and the leading case law concerning conception imply that an inventor can only be a human individual with a capacity to form an invention in his or her mind. However, as AI-derived solutions advance in complexity and capability, a more direct legal discussion regarding inventorship is likely to drive a resolution on to the AI inventorship question. Until then, given the recent advances in AI technology8 and in view of the America Invents Act’s9 (AIA) shift to applicant-based rights, patent rights for AI-derived innovation may soon evolve into a sprawling debate over humanity, property ownership rights, and the formation of thought.

[1] Google I/O Is A Developer Festival That Was Held May 8-10 At The Shoreline Amphitheatre in Mountain View, CA, Google.com, https://events.google.com/io/.