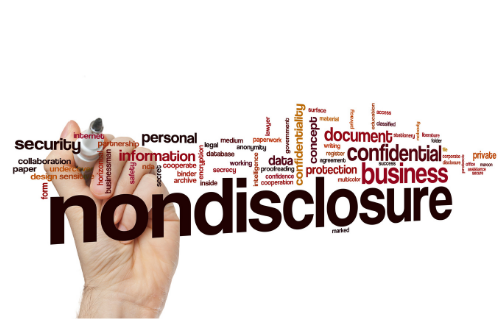 At the beginning of their engagement in or around 2006-2007, SiOnyx was a startup and Hamamatsu was an established manufacturer interested in the technology that SiOnyx was developing. The parties entered into an NDA to allow them to share confidential information relating to SiOnyx’s technology and joint development opportunities. After Hamamatsu notified SiOnyx that they were no longer interested in continuing their relationship, Hamamatsu filed for, and was awarded, several patents based on the confidential information shared under the NDA. Hamamatsu also went on to develop and bring to market products based on this technology and these awarded patents.

SiOnyx sued Hamamatsu for unjust enrichment, breach of contract, ownership of the patents that Hamamatsu was awarded, and injunctive relief to prohibit Hamamatsu from practicing the patents in question. SiOnyx won on all counts, but was only awarded the U.S. patents, and not the underlying provisional Japanese patents upon which the U.S. patents were based. Hamamatsu appealed, and argued that SiOnyx was not entitled to ownership of any of the patents that Hamamatsu had been awarded based on the information shared by SiOnyx under an NDA. The U.S. Court of Appeals for the Federal Circuit (“Federal Circuit”) found that SiOnyx was the rightful owner of the patents in question and based its decision, in part, on certain clauses in the NDA that were raised during the trial. Specifically, the NDA provided that a party (Hamamatsu) receiving confidential information acknowledges that the disclosing party (SiOnyx) claims ownership of the information and all patent rights "in, or arising from" such information. Further, the Federal Circuit determined that this clause applied to all of the patents in question, and reversed the decision from the U.S. District Court for the District of Massachusetts (“district court”) that SiOnyx was not entitled to the provisional Japanese patents.

Hamamatsu also argued that there were at least two events that should have put SiOnyx on notice that Hamamatsu had breached the NDA, which should have barred SiOnyx from bringing the suit in the first instance because the statute of limitations had expired. The jury in the district court trial found, and the Federal Circuit affirmed, that some of the alleged breaches of the NDA were immaterial and did not cause SiOnyx’s statute of limitations time to run. One event was based on one of the NDA clauses that required the return of confidential information in a timely manner, which Hamamatsu did not do. Another event was that Hamamatsu had emailed SiOnyx a diagram of a product that they were working on, which was similar to SiOnyx’s technology disclosed under the NDA, and which allegedly should have put SiOnyx on notice that Hamamatsu was copying their design in violation of the NDA. For these two events, the Federal Circuit affirmed the District Court’s decision based on the jury’s finding that these alleged breaches were immaterial and did not start the clock that would have barred SiOnyx from bringing their suit.

A few lessons can be taken from the decisions in this case. First, not all NDA clauses are created equally. For example, Hamamatsu’s breach of the clause requiring each party to return confidential information was deemed immaterial, but not invalid, when considered in the context of whether the statute of limitations should have run. In contrast, the clause that required ownership of any patent filed, and awarded, based on information shared under an NDA ended up protecting SiOnyx’s confidential information.

Second, when engaging a third party under an NDA, it is critical to have the NDA drafted specifically for that engagement, and to be fully advised as to the implications of each clause in the NDA so that each party can proceed in their relationship with a clear understanding of who owns the intellectual property involved in the engagement. The NDA should be drafted taking care to weigh the engagement’s circumstances and the ultimate goals of the disclosing and receiving parties. In this case, SiOnyx took a risk by not bringing their suit earlier despite Hamamatsu not adhering to the clause of the NDA requiring the return of confidential information, amongst other issues.

Note, some of the decisions in this case were based on the particular laws of the state of Massachusetts, and should not be taken as universally applicable to all situations (e.g., that not returning confidential information is an immaterial breach). Further, this article’s discussion of this case is merely meant to report on certain aspects of the appeal’s decision, and is not intended to be legal advice.