In Celebration of Earth Day: How Trademark Law Helps The Environment 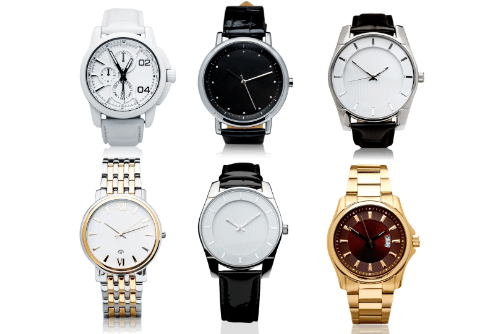 On Earth Day, environmentalists all over the world encourage society to reduce its collective carbon footprint. A popular way of generating less waste is “upcycling,” or the practice of taking something no longer being used and giving it new life. Upcycling often increases the value of the object; take, for example, Stuart Haygarth’s chandeliers made entirely from spectacles found on beaches - one sold at auction in 2008 for £36,500.

Upcycling is also at the heart of a recent decision by the U.S. District Court for the Southern District of New York. In Hamilton International v. Vortic LLC, in what is hailed as a landmark decision, the court addressed the legality of upcycling in a David versus Goliath battle over watches and their repurposed parts.

Vortic, a small watch company launched in 2014 by recent college graduates via a Kickstarter campaign, creates specialty wristwatches by taking antique pocket watches and modifying them to fit into 3D-printed watchcases. In 2014, Vortic created a wristwatch called “the Lancaster,” which incorporated the faces and movements of antique pocket watches produced by Hamilton International. Hamilton is a division of Swatch, a Swiss conglomerate of large and successful watch brands, including Harry Winston, Tissot and Omega. Although the watchcases produced by Vortic included that company’s branding, Hamilton’s trademark was also incorporated on the face of the newly minted wristwatches.

In July 2017, Hamilton sued Vortic for trademark infringement and counterfeiting, claiming that Vortic’s use of the Hamilton mark led to consumer confusion. In September 2019, Hamilton’s motion for summary judgment was denied. The court relied on a 1947 Supreme Court decision in Champion Spark Plug Co. v. Sanders. There, the defendant repaired and reconditioned spark plugs manufactured by Champion, re-selling them with the Champion trademark still visible. As long as the defendant’s packaging indicated that the products were repaired or used, the court found that “full disclosure” had been made and the sales were permissible.

A bench trial as to whether consumers were confused by the Vortic watches occurred in February 2020 and, on September 11, 2020, in a victory for upcyclers everywhere, the court found that consumers were not likely to be confused by Vortic’s use of the Hamilton mark.

The court found that, while Hamilton’s mark is visible on Vortic’s products, Vortic provided full disclosure under Champion. Several factors supported the court’s decision, including:

In a victory for both small companies and environmentalists, the court sanctioned Vortic’s business model, finding upcycling is permissible so long as full disclosure is made. Repurposing discarded things benefits most; however, everyone from Etsy sellers to high end watchmakers must ensure full disclosure when incorporating the trademark of another entity into the upcycled product.