One Bite at the Apple: How the Outcome of a Previous Patent Litigation Can Impact Later Lawsuits 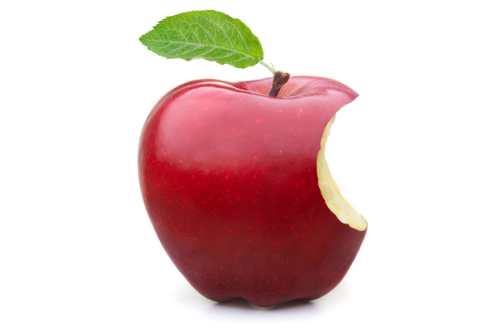 Issue preclusion and claim preclusion are two strategic defenses that an accused infringer can rely upon if that party was previously cleared of patent infringement.

Issue preclusion, or collateral estoppel, precludes a party from relitigating an issue actually decided in a prior case and necessary to the judgment. Under claim preclusion, or res judicata, a judgment on the merits in a prior lawsuit bars a second lawsuit involving the same parties or their privies based on the same cause of action. Claim preclusion also bars claims that could have been brought in the first action. Claim preclusion is limited to alleged infringement occurring prior to the final judgment in a lawsuit. Infringing activity after the date of the final judgment, however, creates a new cause of action.

The doctrines of issue and claim preclusion may leave a “gap” that would allow a patent owner to bring another lawsuit against a party previously found not to have infringed a patent, where any of the elements of issue preclusion are not met.

For example, party A sues party B alleging party B’s product infringes party A’s patent. The court finds party B’s product does not infringe party A’s patent. Rightfully so, party B continues to make and sell its product. Party A brings a new lawsuit alleging party B’s product, which was produced and sold after the judgment of the first case, infringes party A’s patent. However, in this second suit, party A asserts a new theory of infringement. Issue preclusion cannot apply because the “issue” in the first and second case are not the same. Although this new theory could or should have been brought in the first case, claim preclusion does not apply because the allegedly infringing acts occurred after the date of the final judgement of the first suit. This “gap” would allow patent holders to repeatedly bring essentially the same suit.

The Kessler doctrine fills the “gap” left by claim and issue preclusion. Originating in the Supreme Court’s decision in Kessler v. Eldred, 206 U.S. 285 (1907), the Kessler doctrine bars a patent infringement action against a customer of a seller who has previously prevailed against the patentee because of invalidity or noninfringement of the patent. The Federal Circuit has held that the Kessler doctrine applies to the same parties from the first suit or their privies and bars all claims that were brought or could have been brought.

Most recently, in In re PersonalWeb Technologies, 961 F.3d 1365 (Fed. Cir. 2020) , the Federal Circuit addressed whether the Kessler doctrine requires the issue of noninfringement or invalidity to be “actually litigated” in the first action. In the case, PersonalWeb sued Amazon for patent infringement in the Eastern District of Texas (“the Texas case”). After the court issued its claim construction order in the Texas case, PersonalWeb stipulated to the dismissal of all its claims against Amazon with prejudice. As a result, the district court issued an order dismissing all claims against Amazon with prejudice.

At least some of the alleged infringement fell in the “gap” left by claim and issue preclusion. Claim preclusion could not be used as a defense to the alleged infringement that occurred after the date of the dismissal of the Texas case. Issue preclusion could not be used because the parties did not litigate the issue of non-infringement. With respect to the Kessler doctrine, the district court held that the judgment in the Texas case gave rise to a limited trade right to continue selling the product at issue, even when the acts of infringement occurred post-final judgment and even when it was third parties who allegedly engaged in acts of infringement. PersonalWeb appealed to the Federal Circuit.

On appeal to the Federal Circuit, PersonalWeb argued that the Kessler doctrine is based on collateral estoppel, and therefore, requires the issue of non-infringement or invalidity be “actually litigated” in the Texas case. Because the Texas case was dismissed after the claim construction order, PersonalWeb contended that no issues were actually litigated and the Kessler doctrine cannot apply.

The Federal Circuit rejected this argument. The Federal Court reasoned that its prior precedent “treated the Kessler doctrine as a close relative to claim preclusion, without its temporal limitation, rather than as an early version of non-mutual collateral estoppel, as PersonalWeb characterizes it.” In re PersonalWeb, 961 F.3d at 1377. Previous Federal Circuit cases considering the Kessler doctrine did not specifically require the issues of non-infringement or invalidity to be actually litigated. Instead, the Supreme Court and Federal Circuit “have characterized the Kessler doctrine as granting a ‘limited trade right’ that attaches to the product itself.” Id. at 1378. “The scope of that right is not limited to cases involving a finding of non-infringement that was necessary to the resolution of an earlier lawsuit, but extends to protect any products as to which the manufacturer established a right not to be sued for infringement.” Id. Applying this reasoning to the Texas case, a dismissal with prejudice protects Amazon’s product from successive infringement suits. This protection also applies to Amazon’s customers. The Federal Circuit stated that under PersonalWeb’s interpretation, the manufacturer would be protected in making the product but the customers would not be protected for using the same product. This interpretation would defeat the purpose of the Kessler doctrine and “leave the patentee free to engage in the same type of harassment that the Supreme Court sought to prevent in Kessler.” Id. at 1379.

With respect to PersonalWeb’s argument that applying the Kessler doctrine to voluntary dismissals with prejudice would deter parties from settling patent litigations, the Federal Circuit specified that plaintiffs wishing to settle an infringement action while preserving its rights to sue the same or other parties in the future can do so by “framing the dismissal agreement to preserve any such rights that the defendant is willing to agree to.” Id.

With the foregoing in mind, parties settling patent infringement lawsuits should clearly define what rights are preserved with regard to future lawsuits or products. Otherwise, the Kessler doctrine may provide a defense for potentially infringing activities, even by third parties, occurring after the lawsuit is settled.