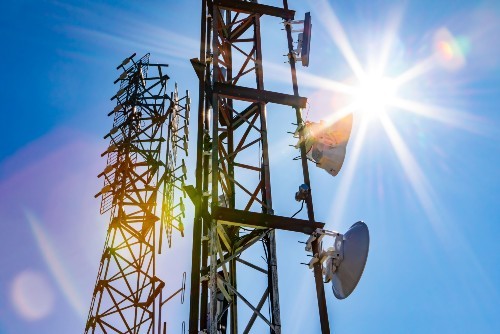 On March 20, 2019, the Federal Circuit Court of Appeals issued an opinion that may bring some long-awaited good news for wireless patent holders. In particular, in SRI Int’l, Inc. v. Cisco Sys., the Federal Circuit found methods for improving security of a computer communication network to be patent-eligible subject matter under 35 U.S.C § 101. SRI Int’l, Inc. v. Cisco Sys. Inc., No. 2017-2223, 2019 U.S. App. LEXIS 8249, *1, *4 (Fed. Cir. 2019). This news comes in the wake of Federal Circuit decisions in 2016 and 2018, respectively, that found methods of 3G authentication and methods of filtering emails were not patent-eligible under 35 U.S.C § 101. See Intellectual Ventures I LLC v. Symantec Corp., 838 F.3d 1307 (Fed. Cir. 2016) and Prism Techs. LLC v. T-Mobile USA, Inc., 696 F. App’x 1014 (Fed. Cir. 2017). While the patents at issue in SRI were not specifically tailored to wireless networks, the Court’s holding could certainly be a tool for wireless patent holders to defend invalidity claims and strengthen portfolios.

In SRI, the case was on appeal for the Federal Circuit to consider, a summary judgment motion for patent ineligible subject matter with regards to two computer network patents. The appellant, Cisco Systems, argued the patents were not subject matter eligible under 35 U.S.C. § 101 because they were merely directed for analyzing data from multiple sources to detect suspicious activity. However, the Federal Circuit disagreed, finding that “the representative claim improves the technical functioning of the computer and computer networks by reciting a specific technique for improving computer network security.” SRI, 2019 U.S. App. LEXIS 8249, at *11. Thus, the Court found that the patents at issue were not directed to an abstract idea under Alice step 1 and, therefore, were patent-eligible under 35 U.S.C. §101.

In reaching its conclusion, the Court observed that “[t]he specification bolsters our conclusion that the claims are directed to a technological solution to a technological problem” and identified that “[t]he specification explains that the claimed invention is directed to solving [identified] weaknesses in conventional networks.” SRI, 2019 U.S. App. LEXIS 8249, at *9 (internal markings omitted). Thus, wireless patent holders may use this case to defend invalidity claims against network security patents and to strengthen newly filed patent applications by explaining how the claimed invention solves identified weakness in conventional networks.

1) Active attacks using a false BTS;
2) Cipher keys and authentication data transmitted in clear between and within networks;
3) Encryption not extending far enough towards the core network;
4) User authentication using a previously generated cipher key and the provision of protection against channel hijack rely on the use of encryption, but not all networks use encryption, leaving opportunities for fraud;
5) Data integrity is not provided;
6) The International Mobile Equipment Identifier (IMEI) is an unsecured identity;
7) Fraud and Lawful Interception (LI) were not considered in the design phase of second generation systems but as afterthoughts to the main design work;
8) There is no Home Environment (HE) knowledge or control of how a serving network (SN) uses authentication parameters for HE subscribers roaming in that SN; and
9) Second generation systems do not have the flexibility to upgrade and improve security functionality over time.

Wireless patent applicants may wish to consider how their inventions improve network security and may consider looking at the recitations in the 3GPP, and other wireless standards as guidance. The identified improvements in network security may be used to craft claims directed to these improvements and may be written directly into the application specification to bolster their patent eligibility. For patents that have already been issued, patent holders may consider SRI as another tool for defending invalidity claims under 35 U.S.C. § 101.