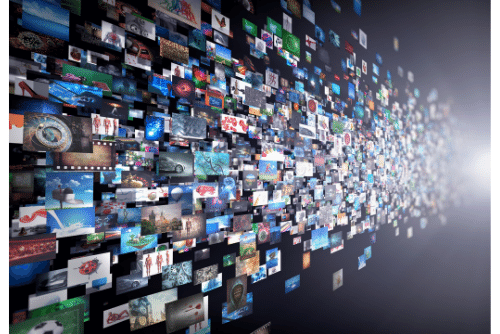 In its recent opinion in Free Stream Media Corp. v. Alphonso Inc. on May 11, 2021, the U.S. Court of Appeals for the Federal Circuit confirmed that abstract idea claims directed to “targeted advertising” are patent ineligible subject matter under 35 U.S.C. § 101. Since the Supreme Court’s decision in Alice Corp. v. CLS Bank Int’l in 2014, which provides the current authority for determining whether a proposed invention is patent eligible under § 101, the Supreme Court has not provided additional guidance in the area of subject-matter eligibility, and courts have been unable to apply Alice uniformly and predictably. In the context of this confusion, it is no surprise that the Federal Circuit’s decision in Free Stream Media Corp. on May 11, 2021 reversed the 2018 decision of the Northern District of California on a § 101 issue.

At the Federal Circuit level, the panel examined the claims and specification of U.S. Patent No. 9,386,356, assigned to plaintiff, Free Stream Media Corp. d/b/a/ Samba TV (“Samba”). The ‘356 patent is directed to “Targeting with Television Audience Data Across Multiple Screens” and relates to a system that delivers targeted advertisements to a user’s cell phone based on the content viewed by the user on a smart TV.

Admittedly, attempting to draft claims directed to communications between a mobile device and a TV may introduce choppy waters during prosecution when navigating the § 101 subject matter eligibility analysis. So an initial look at Samba’s claim language in light of the panel’s § 101 interpretation offers insight. Conspicuously shown in bold is Samba’s alleged improvement in computer functionality that enables communication between a mobile device and TV; much to Samba’s chagrin, this claim language inevitably triggered the Court’s recollection of similar claims in previously cases found to be abstract as drawn to “targeted advertising”:

a television to generate a fingerprint data;

match primary data generated from the fingerprint data with targeted data, based on a relevancy factor, and

search a storage for the targeted data;

a mobile device capable of being associated with the television to:

process the fingerprint data from the television, and

Under the Supreme Court’s two-step Alice/Mayo test, the district court had previously determined that the ’356 claims were patent eligible at “Step 1,” as directed to “systems and methods for addressing barriers to certain types of information ex-change between various technological devices, e.g., a television and a smartphone or tablet being used in the same place at the same time”.

However, the Federal Circuit panel disagreed with the district court’s “Step 1” determination, based upon its own detailed analysis of the language of the ‘356 patent claims. In concluding that claim 1 is merely directed to the result “that itself is the abstract idea” of targeted advertising, the Court found that claim 1, as reproduced above, fails to show how the result is achieved.

Further, the Court also considered whether the ‘356 claims are directed to an “improvement of a technology” or “creation of a new computer functionality.” Because the Court reasoned that the ‘356 claims are not drawn to improving the operability of televisions and mobile devices, the Court determined that Samba’s ‘356 patent only improves “the abstract idea of targeted advertising.” Therefore, in “Step 1” of the Court’s Alice/Mayo § 101 analysis, the Federal Circuit reversed the district court’s finding that the ‘356 patent is not abstract.

Next, the Court advised that if the claims are found to be drawn to an abstract idea in “Step 1,” then in “Step 2,” the Court will consider “the elements of each claim both individually and ‘as an ordered combination’ to determine whether the additional elements ‘transform the nature of the claim’ into a patent-eligible application.” In general, “Step 2” involves consideration of whether the abstract idea identified at “Step 1” may still have an “inventive concept” that enables the invention to survive the § 101 analysis.

In response, Samba asserted that the ‘356 claims are innovative and patent eligible because “they recite a specific, ordered combination of elements operating in unconventional ways” that enables a television and mobile device to overcome “technological barriers” and communicate. In the context of Samba’s argument, the Court analyzed the specific circumstances of the technical bar between televisions and mobile devices, known as “sandbox security,” which prohibits “internet-connected devices from communicating.” Notably, the Court found that even if prior inventions had not previously bypassed “sandbox security” to facilitate communications, the abstract idea of providing targeted advertising content to a user’s mobile phone, as identified at “Step 1,” will not be patent eligible unless the claims recite an inventive solution. Because the Court determined that the claims merely recited use of generic features and routine functions to achieve targeted advertising on a user’s mobile phone, the claims failed to achieve § 101 eligibility.

In a recent twist to the case on June 10, 2021, Samba filed a petition to the Federal Circuit for en banc review of the Court’s May 2021 decision. Samba now asserts that the Court’s § 101 patent ineligibility ruling was improper based on the Court’s precedent that it cannot determine patent eligibility when presented with material disputes of fact as to whether a patent was “well-understood, routine, conventional” at the time of the patent’s issue. According to Samba, at  the time of the ‘356 patent’s issue on July 5, 2016, the ability to overcome the “sandbox security” of a user’s mobile device to allow communication between the user’s mobile device and smart television was not “well-understood, routine, conventional.”

So at least from the Federal Circuit’s precedent in the realm of targeted advertising, Free Stream Media Corp. provides a measure of guidance at the claim-drafting stage and when navigating the Alice/Mayo § 101 analysis. But for the moment, Samba’s petition for en banc review calls into question the Court’s “Step 2” inventive concept analysis. Stay tuned.