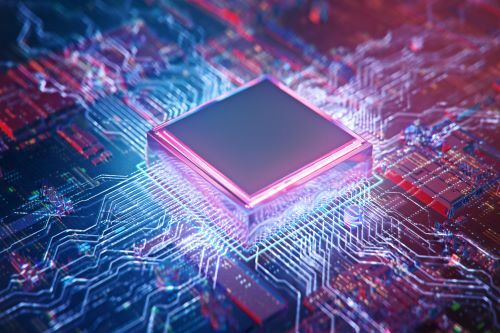 Functional claim language—which defines an invention by what it does rather than what it is—can be a powerful claim drafting tool when used carefully. For example, functional language may be advantageous for computer-implemented inventions that are characterized with reference to logical components instead of physical hardware. 35 U.S.C. § 112(f) (formerly § 112¶ 6) expressly permits the use of functional claiming and is traditionally invoked by the phrase “means for” followed by a functional modifier. But even when the term “means” is not used, other terms that are not understood by persons of ordinary skill in the art to indicate structure, such as “module,” mechanism,” “element,” or “device,” are likely to invoke § 112(f). See e.g., Williamson v. Citrix Online, LLC, 792 F.3d 1339, 1350 (Fed. Cir. 2015).

Functional limitations also bear their fair share of risk when wielded improperly. For instance, section 112(f) requires such claims be “construed to cover [only] the corresponding structure, material, or acts described in the specification and equivalents thereof.” Furthermore, “[i]f the specification fails to disclose adequate corresponding structure, the claim is indefinite.” Williamson, 792 F.3d at 1349.

In Synchronoss Technologies, Inc. v. Dropbox, Inc., the Federal Circuit considered three Synchronoss patents directed to systems for synchronizing data across multiple interconnected systems or devices. Nos. 2019-2196, 2019-2199, slip op. at 2 (Fed. Cir. Feb. 12, 2021) In particular, the asserted claims of U.S. Patent No. 6,757,696 (“’696 patent”) used the term “user identification module.” Id. at 14. Construing the term as a means-plus-function term under Williamson, the Federal Circuit affirmed the district court’s finding of indefiniteness and concluded all asserted claims of the ‘696 patent were indefinite and therefore invalid. Id. at 13-15. Importantly, despite expert testimony that a person of skill in the art would understand “nearly 20 different structures” that could carry out the function of “identifying a user,” the Federal Circuit noted the specification itself did not “detail what a user identifier module consists of or how it operates.” Id. at 15.

In Rain Computing, Inc. v. Samsung Elecs. Co, Ltd., the Federal Circuit similarly concluded all asserted claims of U.S. Patent No. 9,805,349 (“’349 patent”) were invalid. Nos. 2020-1646, 2020-1656, slip op. at 15 (Fed. Cir. Mar. 2, 2021). The claims at issue were directed to on-demand delivery of software application packages to a client terminal in a network and referred to “a user identification module configured to control access.” Id. at 2. The district court held the asserted claims were not indefinite but entered a final judgment of non-infringement in favor of Samsung. Id. Rain appealed the non-infringement finding, and Samsung cross-appealed the judgment on indefiniteness. Id.

As in Synchronoss, the Federal Circuit concluded the term “module” was a nonce word subject to treatment under § 112. Id. at 5-6. Looking then to the specification, the only structures linked to the function of controlling access were “computer readable media or storage devices.” Id. at 7-8. Because the claimed function could not be performed by a general-purpose computer without further programming, the Federal Circuit determined that an algorithm corresponding to the claimed function must be disclosed. Rain Computing, slip op. at 8-9. Here, however, the specification described no such algorithm, and so the term “user identification module” was indefinite. Id. at 9.

As the Synchronoss and Rain decisions demonstrate, claim drafters should, at minimum, remain abreast of decisions involving the use of nonce terms and steer away from functional limitations when their underlying support in the specification is thin. Moreover, drafters of computer-related patents should describe embodiments with a focus on how functional components work with each other, use terminology that is commonly understood by persons of skill in the art, and include flow diagrams or drawings that illustrate each step in a logical procedure.