Facebook Unfriends Its Own Brand with the Launch of Meta--What does Facebook’s Rebrand Teach Us? 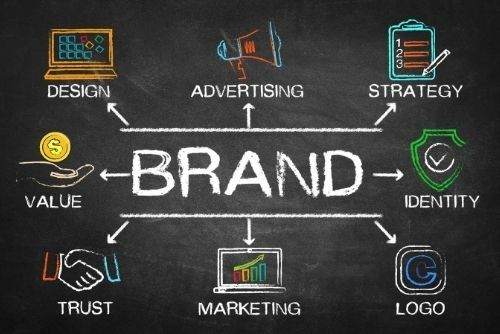 Facebook’s CEO Mark Zuckerberg announced on October 28, 2021 that Facebook changed its corporate name to Meta and its stock ticker from FB to MVRS.

This does not mean that the social media app will be changing its name to Meta. Instead it signals a shift in corporate strategy. It appears that that Meta will be the parent company under which its social media applications (Facebook, Instagram, and WhatsApp) will become subsidiaries along with potential new business in the fields of augmented and virtual reality. In other words, Facebook’ goodwill, which it claims in its 2020 annual report exceeded $19 billion dollars, will not disappear or even decrease in value. Instead, the rebranding signals a significant shift in corporate and branding strategy.

Facebook is not the first billion-dollar conglomerate or tech company to rebrand. For example, the following companies have undergone rebrands, some more successful than others.

There are many reasons companies chose to rebrand ranging from signaling that company is now more than what it was originally, attempting to become more contemporary, or merely trying to disassociate itself from bad publicity. Facebook’s rebrand is somewhat unique in that Facebook appears to be checking all of these boxes in its rebranding efforts.

Zuckerberg discussed the rebranding as more in line with his vision for the company – a “metaverse” that embraces an amalgamation of the actual, digital, and augmented worlds. The company invested $10 billion in its virtual reality project in 2021, based on its belief that the metaverse will fundamentally change and elevate social media platforms as we know them. The new name is designed to herald Facebook’s expanded business agenda. Critics, however, see the rebranding as an effort by Facebook to distance itself from the ongoing legal, regulatory, and public relations challenges that have plagued the company in recent years. These include a whistleblower suit, antitrust litigation, a $5 billion FTC fine for privacy issues and “deceiving” users, and the public perception of the platform being a conduit of misinformation to its 2.85 billion users.

Clearly Facebook has been planning this change for some time and had taken the steps that would be expected such as acquiring the Twitter handle @meta as well as the domain name meta.com. On the trademark protection front, as of the publication of this article, it does not appear that Facebook has applied for or registered a trademark for META or the logo. However, in April 2021 the Chan Zuckerberg Initiative, which is a philanthropic LLC controlled by Mark Zuckerberg and his wife Priscilla Chan and Zuckerberg, acquired a trademark registration (No. 5548122) from a Canadian company Meta, Inc. that covers a fairly broad number of services including marketing, advertising and proving temporary non-downloadable software for a wide range of activities such as creating online virtual communities. The Chan Zuckerberg Initiative announced that they have assigned the trademark to Facebook. A review of current foreign trademark databases does not indicate that Facebook has protected the mark in jurisdictions outside the U.S. except for Canada. However, it is quite possible that the lack of filing information is due to delays in databases being updated. Even so, it is somewhat surprising that Facebook did not act sooner in securing international protection.

Although Facebook has secured keys pieces of the IP puzzle for Meta, it remains to be seen how strong the Meta brand turns out to be. Clearly, part of the attraction of Meta for Facebook is its association with the “metaverse.” However, that association can be a double-edged sword because the popularity of the metaverse means that the mark is already widely used. In fact, there are over 600 active applications or requisitions at the United States Patent and Trademark Office that include the term Meta.

Likewise, although the registration that Facebook acquired for Meta is quite broad, the prior owner which based its US filing on its Canadian requisition never had to prove use of the mark as part of its filing. One would assume that Facebook conducted appropriate due diligence to assess the validity of the filing, but again time will tell if there are any underlying flaws in the registration that could weaken the Meta brand.

Rebranding a company name may sometimes be necessary or a wise business decision, but should be undertaken with care and planning. Any company looking to rebrand should undertake the following analysis:

Whether a conglomerate or a small entity, the rebranding process for any company is complex, expensive, and time-consuming. The biggest challenge all companies face when rebranding is overcoming past perception, positive or negative. Some rebrands are little more than a logo swap, but some companies also follow Facebook’s strategy - a complete overhaul of the organization and its business strategy. To face this challenge, companies must thoughtfully incorporate the positive elements of their brand with the new rebranding scheme, garner the support of its stakeholders and employees, and be consistent in its messaging. A company’s brand is one of its most important assets; reinventing it leaves little room for error. Rebranding success requires diligent effort in many areas, but of particular importance is the proactive protection of the company’s future intellectual property.