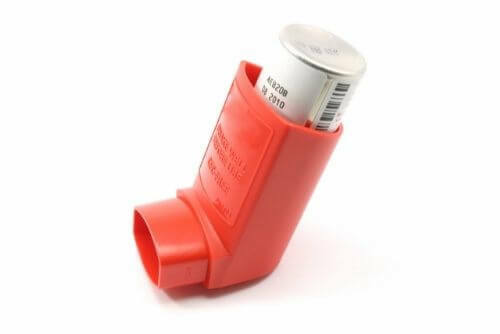 AstraZeneca AB and AstracZeneca Pharmacueticals LP (AstraZeneca) sued Mylan Pharmaceuticals Inc. and Kindeva Drug Delivery L.P. (Mylan) for infringement of every claim of each of U.S. Patent Nos. 7,759,328 (the ’328 Patent); 8,143,239 (the ’239 Patent); and 8,575,137 (the ’137 Patent). These patents are listed in the U.S. FDA “Orange Book” as the patents covering AztraZeneca’s Symbicort® pMDI and Symbicort® Turbohaler, and Mylan obtained an interest in an abbreviated new drug application (ANDA) seeking approval for generic versions of these products. Since the patent statute makes filing an ANDA an act of infringement, AstraZeneca alleged that Mylan infringed each of these patents.

Part 1 — Explicit Statements: What Patentees Say Can and Will Be Used Against Them

Formoterol is a bronchodilator that opens airways, and budesonide is a steroid that reduces inflammation. Both can help alleviate an asthmatic attack, but weak patients have difficulty inhaling them deeply enough to be effective. Symbicort® pMDI and Symbicort® Turbohaler are meant to address this problem of having to take a deep breath when the patient is unable to take even shallow breaths. Both include a pressurized metered-dose inhaler including a pressure-liquified propellant. When a patient presses the button, the propellant forces the drug out and into the patient’s lungs. However, the drugs and propellant were not enough, and stable compositions were required to load these devices. In addition to the active ingredients, the propellant (HFA 227), a stabilizer (PVP K25), and a lubricant (PEG-1000) were required. The ’328 Patent claim 13 was highlighted as a representative claim, and recites:

Normally, values recited in a patent are interpreted to include some flexibility. Here, the district court interpreted “0.001%” PVP K25 to include a range within one significant figure from “0.001%.” This range is considered to be the plain and ordinary meaning and would be 0.0005% to 0.0014%; rounding up from 0.0005% or down from 0.0014% results in “0.001%.” On appeal, the Federal Circuit disagreed with the district court’s interpretation in what appears, at first glance, to be a mathematically challenged conclusion. However, a review of the patent and its prosecution shows that the patentee narrowed the scope of “0.001%.”

The written description of the ’328 Patent highlights that formulations of the active agents and the propellant with PVP and PEG “exhibit excellent physical suspension stability.” But data in the specification showed that stability was found in a narrow range of PVP concentrations. In particular, formulations with 0.0005% PVP were among the least stable. Concentrations as low as 0.0005% PVP must not be within “0.001%.” During prosecution, the original claim recited “from about 0.0005 to about 0.05%” PVP,” but the claims were rejected as obvious over prior art references. Through multiple rounds of rejections, Applicant amended the claim to recite “0.001%” without the “about” qualifier, and argued (1) the surprising discovery that “0.001%” resulted in a stable formulation, and (2) that “0.001%” was critical for stability to overcome the rejections. Summing up the testing data in the specification, Applicant’s amendments, and Applicant’s arguments, the Federal Circuit arrived at a construction of “0.001%” to mean “0.00095% to 0.00104%.” Based on the narrower interpretation, the Federal Circuit vacated a stipulated judgement of infringement and remanded to the district court for determination of infringement under the narrower construction. The evidence of what the Applicant meant in the patent itself and in the prosecution history was used to narrow the claim. What at first appeared as a mathematically challenged interpretation turned out to be a case of “what you say can and will be held against you.”

Part 2 — Implicit Statements: What Data Implies Can and Will Be Used Against A Reference

Mylan asserted invalidity of the patent claims at the district court over a reference called “Rogueda.” Mylan pointed to control formulations in Rogueda and argued that they were so similar to the claimed invention that the claims should be held to be obvious over them. In response, AstraZeneca’s expert studied data in Rogueda, and testified that the Rogueda formulations relied upon by Mylan “were not suitable” and “clearly don’t work.” Further, the average particle size was “significantly larger, indicating there were ‘huge agglomerates . . . floating around’ in the formulations, rendering them ‘completely unsuitable.’ ” There was no indication that Rogueda disparaged the formulation, or included any other explicit statement against using them. Instead, Rogueda only included data demonstrating that the formulations did not work. The court agreed with AstraZeneca, found that Rogueda taught away from the claimed invention, and held the claims to be not invalid.

On appeal at the Federal Circuit, Mylan argued that Rogueda did not teach away, stating: a reference that “merely expresses a general preference for an alternative invention but does not criticize, discredit, or otherwise discourage investigation into the claimed invention does not teach away.” See Galderma Lab’ys, L.P. v. Tolmar, Inc., 737 F.3d 731, 738 (Fed. Cir. 2013). The Federal Circuit recognized that Rogueda did not explicitly disparage the control formulation, but went on to state: “the district court properly relied on expert testimony regarding how a skilled artisan would interpret the data in Rogueda to find implicit disparagement. Indeed, whether a reference teaches away must be determined from the viewpoint of a skilled artisan. And, as discussed above, the district court credited [the expert’s] testimony that a person of ordinary skill in the art would have known that the control formulations were unsuitable for further experimentation, thus ‘discouraging investigation into’ these formulations.” What Rogueda implied was held against Mylan.