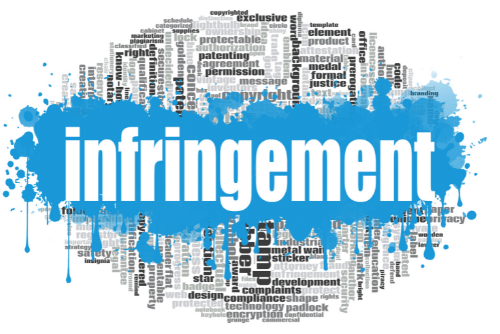 A recent opinion issued by a federal court in the District of New Jersey provides a cautionary tale regarding patent infringement cases. In EagleView Techs., Inc. v. Xactware Solutions, Inc., plaintiff, EagleView filed a motion for enhanced damages and attorneys’ fees. The Court granted enhanced damages and attorneys’ fees, excluding those associated with the pretrial phase. The basis for this judgement follows.

Analyzing these factors, the Court determined all factors weighed in favor of awarding enhanced damages. Notably, the defendants argued that they sought the advice of an attorney who informed them that their products likely do not infringe on the plaintiff’s patents. However, defendants also refused to disclose any communication with the attorney citing attorney client privilege. The Court stated that the defendants cannot use attorney client privilege as both a sword and shield. The Court also noted that the defendants made no attempt to design around the patent. In addition to the factors above, the Court accounted for the jury’s finding that defendants’ infringement was willful as some courts consider willful infringement a prerequisite to awarding enhanced damages.

It is important to retain a qualified patent attorney to provide a sound opinion that can persuade and convince the judge and jury not only that your product does not infringe, but that you acted with good intentions when keeping your product on the market.

35 U.S.C. 285 allows a court to award reasonable attorney fees to the prevailing party in exceptional cases. An exceptional case is one that stands out because of the substantive strength of a party’s litigating position or the unreasonable manner in which the case was litigated. The court has considerable discretion in deciding whether to award attorneys’ fees. To determine whether this case was exceptional, the Court looked at:

The Court noted that the defendants previously filed numerous inter partes review (IPR) attempts at the United States Patent and Trademark Office (USPTO). Most of these filings were rejected prior to an IPR trial at the institution stage, which suggests the USPTO found these arguments unworthy of an IPR trial. Yet, the defendants chose to rehash these rejected arguments in the case before the District of New Jersey. The Court stated that while the defendants have the right to reuse arguments that were rejected at the institution stage, that decision comes with risk. The risk is that the Court will award attorneys’ fees for using a strategy that relies on previously rejected arguments and thereby unnecessarily increases the plaintiff’s costs.

The Court also held the defendants accountable for frequent litigation misconduct including: (1) backdooring claim construction by suggesting to the jury a reading of a term that was contrary to the Judge’s claim construction; (2) attempting to re-raise issues that were previously denied in motions; and (3) arguing new noninfringement positions for the first time at trial.

Willfulness of the infringement again came into play. The Court acknowledged that while willfulness does not automatically mean the case is exceptional, it is a factor that is likely sufficient on its own.

The Court found that the “defendants litigated this case in a manner that ignored the weaknesses of their own positions, advanced unreasonable arguments, and forced Plaintiffs to spend significant sums rebutting those unreasonable positions and arguments.” For these reasons, the Court determined this was an exceptional case that warranted awarding attorneys’ fees.

Thus, it is important to assess the strength of arguments presented to the Court, to think twice before rearguing positions previously rejected by the USPTO, and to play nice with the opposing party.