Design Patent Riddle Question: When is a Chair a Storage Bin? Answer: It isn’t. 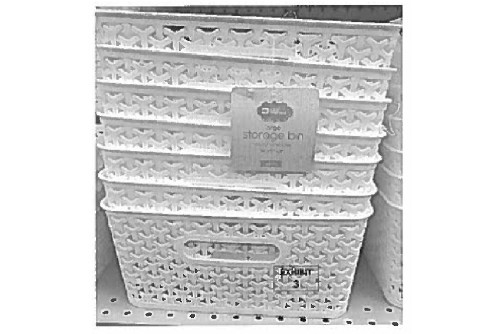 Under 35 U.S.C. § 171 of the Patent Act, patent protection is provided for a “new, original and ornamental design for an article of manufacture.” Design patents cover the appearance of an article of manufacture. Design patents have been used to obtain patent protection on the appearance of articles including hair scrunchies, sneakers, paintball goggles, and almost any other consumer product one can think of.

Design patents are essentially comprised of a title, drawings, and a description of the drawings. In design patents, unlike utility patents, the claimed scope is defined by drawings rather than the language. Therefore, determining whether a design patent has been infringed comes down to a comparison between the drawings in the design patent and an article accused of infringing that design patent.

The United States Court of Appeal for the Federal Circuit’s decision in Curver Luxembourg, Sarl v. Home Expressions Inc., 2018-2214 (Fed. Cir., September 12, 2019), addressed a unique, never before considered issue relating to a design unconnected to an article of manufacture in the design patent drawings.

The plaintiff in the Curver case asserted infringement of U.S. Design Patent No. D677,946 (’946 patent), entitled “Pattern for a Chair” and claiming an “ornamental design for a pattern for a chair.” Each line describing the patent drawings stated that a particular Figure showed a certain view of “a pattern for a chair.” Interestingly, the design patent’s figures merely illustrate a pattern, untethered from any particular article of manufacture. No chair is shown in any drawing.

In a way, the question before the Federal Circuit in Curver was, “When is a chair a storage bin?”

The Federal Circuit found that design patents are granted only for a design applied to an article of manufacture, and not a design per se. Therefore, the Federal Circuit held that claim language, rather than the drawings, can limit the scope of a design patent where the claim language supplies the only instance of an article of manufacture that appears nowhere else in the figures. Had the plaintiff in the Curver case shown the disclosed pattern on an outline of a chair, it is not likely that they would have pursued an allegedly infringing storage bin having a similar pattern.