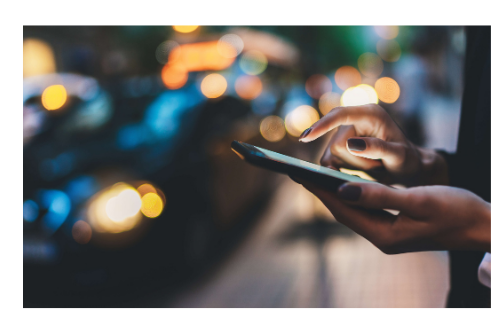 While COVID-19 may have temporarily slowed some of the day-to-day activities in the legal profession, the headlines show that the wars over Standard Essential Patents (SEPs) and fair, reasonable, and non-discriminatory (FRAND) licensing of SEPs persist without abandon. Appellate courts around the world previously had relatively few opportunities to offer guidance as to the licensing terms or the manner of negotiating licenses to SEPs. But recently, the highest civil courts in Germany and the United Kingdom handed down important decisions in disputes over SEPs and FRAND licensing relating to wireless communications.

For anyone unfamiliar with SEPs in the wireless communications industry, it can be difficult to understand the cross-border significance and importance of these recent decisions and those upcoming. An already complex area of law can become even more complicated when considering the anti-trust and contract issues that can arise around both licensing and not licensing SEPs at FRAND rates. This article aims to provide a foundational understanding of global enforcement strategies in addition to identifying a few takeaways from two of the area’s most significant recent decisions.

SEPs are associated with patents covering technologies that must be practiced for conformance with an established technical standard.
A technical standard can be viewed as a common set of rules by which industry participants agree to certain functionalities for making or using a product. Wireless communications, for example, are heavily standardized to ensure compatibility among different manufacturers’ devices and mobile carriers. These rules are set forth by Standards Setting Organizations (SSOs) and are typically based on contributions from member organizations. An industry participant may opt not to conform to the standards but, in doing so, it risks putting itself at a severe competitive disadvantage.

Members are free to procure patent protection for contributions to the technology that are adopted in the course of the standards-setting process. Keystone technologies that are or may become standard-essential are prioritized for patent protection because the standard creates perceived value. As a condition to participating in the standardization process, members must commit to offering fair, reasonable, and non-discriminatory (FRAND) licenses to willing licensees whose products practice the SEPs. These FRAND commitments are often defined by the SSO in an Intellectual Property Rights (IPR) policy. Generally speaking, courts in the United States and abroad view FRAND commitments as common law contracts and prospective licensees as intended third-party beneficiaries.

Global patent portfolios may provide opportunities for forum shopping.
Patents provide rights to exclude others from making, selling, or using a covered technology in a given jurisdiction. To secure protection abroad, one must procure national rights separately from each national governing body through an application and examination process. Once a global portfolio has been obtained, the patent holder may initiate licensing discussions in any jurisdiction where a patent is in force.

Careful consideration at this juncture as to where to begin the discussion may pay dividends for the patent holder down the line. For example, a patent holder may maximize their leverage if the market accounts for a large portion of the potential licensee’s revenue and the potential licensee is unwilling to withdraw products that practice the patented technologies. Patent holders should also consider the likelihood of succeeding in an infringement action under the laws of the chosen jurisdiction. Many cross-border licensing disputes that reach the courtroom focus on whether the patent holder breached its FRAND commitments or violated anti-trust laws through the assertion of the patents or its licensing negotiations. Both theories can be used to halt a pending or threatened infringement action, and courts around the world may address these inquiries differently. As discussed below, recent decisions in Europe provide a strong impetus to initiate licensing discussions in Germany or the United Kingdom.

No single global standard has emerged for determining when an offer is FRAND.
In the United States, a FRAND rate may be decided by the court, upon agreement between the parties, or by a jury. Courts tasked with calculating a FRAND rate typically use one of several methods based on the value of the patented technology in relation to similar licenses or based on the value of the standard and the percentage of patents owned by the patent holder. The precise methodology used is often the source of much contention, yet the Court of Appeals for the Federal Circuit and the Supreme Court of the United States have declined to provide guidance. See TCL Communication Tech. v. Ericsson, 943 F.3d 1360 (Fed. Cir. 2019) (holding jury trial was required to determine damages) (cert. denied). In European countries, whether an offer is FRAND is generally determined by the courts. The methodology there for calculating a FRAND rate generally remains unsettled, as in the United States.

European courts provide specific guidance as to how negotiations should be carried out.
In Huawei v. ZTE (CJEU, C-170/13, 2015), the European Court of Justice (ECJ) set forth a sequence of steps that patent holders must follow in order to justify seeking injunctive relief. Essentially, the patent owner must give notice of the SEP and alleged infringing activities, and, upon receiving an expression of willingness from the licensee to reach an agreement on FRAND terms, provide a written offer on FRAND terms including the royalty and method of calculation. In addition to expressing willingness to take a FRAND license, the potential licensee must respond in good faith by accepting the offer or making a counteroffer on FRAND terms.

The court in Sisvel did not consider whether the patent holder’s proposed royalty rate was unreasonable, but it did state that FRAND obligations do not require holders of SEPs to license to all at the same royalty rate. In this instance, the accused infringer was offered a royalty rate several times higher than that previously offered to another Chinese corporation. The court held the offer was not discriminatory because the prior offer was made under significant pressure from the Chinese government.

Some European courts will determine a global FRAND royalty rate.
In many cases, owners of global patent SEP portfolios prefer to negotiate terms on a worldwide basis. The terms of the license may specify a global royalty rate, such as a percentage of the sales price for each product that practices the technologies covered by the portfolio. This avoids the difficulty of setting royalty rates based on the scope of individual patents. Perhaps more importantly, a patentee who secures a favorable global FRAND license may obtain royalties from jurisdictions that are more licensee-friendly without having to engage in protracted negotiations or litigate.

In the United States, most district courts that set out to calculate a FRAND royalty rate have done so based solely on the United States patents asserted against the accused infringers. But in a handful of foreign cases, courts have judicially determined royalty rates for global patent portfolios, despite the fact that patents confer national rights and are effective only in the jurisdiction where granted. Most recently, in Unwired Planet v. Huawei, [2020] UKSC 37, the Supreme Court of the United Kingdom found basis for determining global royalty rates in the wording of the SSO’s IPR policy. The UK court held that in the absence of a forum selection term in the SSO policy stating where the license terms should be determined, the national court where a patent from a global portfolio is asserted has jurisdiction to decide FRAND terms that are applicable to the entire portfolio.

To summarize, licensing of SEP portfolios is an endeavor that can benefit greatly from strategic planning during the portfolio building process. Patent holders who plan to seek global licenses are wise to ensure their technologies are sufficiently protected in major markets, and should consult with local or regional counsel regarding the most effective and efficient forums in which to initiate licensing discussion. On the other hand, parties who are approached with a proposal to negotiate towards a FRAND license should similarly consult with local or regional counsel to develop an appropriate response. Parties should also survey the legal landscape to determine how to maximize their available remedies and defenses in the event litigation transpires. FRAND can be a two-edged sword, and both the holder of SEPs and the prospective licensee must consider both edges carefully.

Reprinted with permission from the October 22, 2020 issue of The Legal Intelligencer ©2020 ALM Media Properties, LLC. Further duplication without permission is prohibited. All rights reserved.