Best of Both Worlds: Can You Have a Trade Secret and Patent it Later Too? 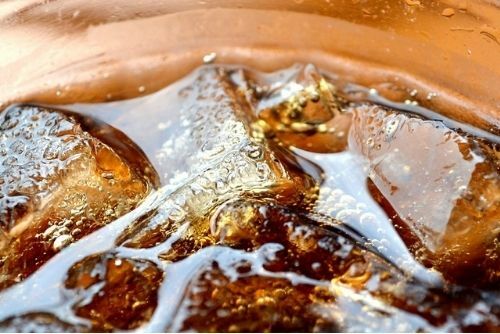 In 1886, Dr. John Pemberton created the formula for Coca-Cola.1 The formula for Dr. Pemberton’s beverage sensation did not even make it onto paper until 1919 when the recipe was secured in a vault where it remained for 86 years until its relocation to an exhibit at The World of Coca-Cola.2 The Coca-Cola Company formula, one of the world’s most famous trade secrets, has been kept secret for more than 125 years.3 While trade secrets enjoy certain protections, such a formula could potentially benefit from patent protection. With its long history, the question remains: does the established U.S. patent system allow Coca-Cola to keep its formula secret for years and subsequently apply for a patent?

Although some may argue that changes to patent laws in the Leahy-Smith America Invents Act (AIA) allow certain trade secrets to be patented, public policy suggests otherwise. Additionally, the courts have a long history of finding sold or publicly used inventions unpatentable even if the invention itself was kept secret.

The U.S. Constitution states that Congress shall have the power “to promote the progress of science and useful arts, by securing for limited times to authors and inventors the exclusive right to their respective writings and discoveries.”4 An established patent system generates many public benefits. Patent laws “promote the progress of science” “by granting the inventor a limited monopoly in exchange for disclosure.”5 This system allows others to build off disclosed inventions while rewarding and incentivizing the patentee. However, to balance the interest of the consuming public with the interest of patentees, patentees are only entitled to exclusive rights “for limited times.” Patent laws define “for limited times” as the terms of the patents, which, depending on the type of patent, may be as long as 20 years.

Patent laws also require inventions to be novel and nonobvious. An invention is novel if it satisfies the requirements set forth in 35 U.S.C. § 102. 35 U.S.C. § 102 pre-AIA states:

A person shall be entitled to a patent unless the invention was patented or described in a printed publication in this or a foreign country or in public use or on sale in this country, more than one year prior to the date of the application for patent in the United States.6

This statute begs the question – what does “in public use” and “on sale” mean?

A use is “public” if it is “(1) accessible to the public; or (2) commercially exploited.”7 Moreover, to invalidate a patent based on prior public use, the court must find that the invention was either “(1) not secret” or “(2) principally directed toward commercializing the invention.”8

An invention is “on-sale” if (1) “‘the product [is] the subject of a commercial offer for sale’ and (2) ‘the invention [is] ready for patenting.’”9 To determine if there was a public sale, the courts analyze the facts under the law of contracts by focusing on whether the activities could be “understood to be commercial sales” or “offers for sale ‘in the commercial community.’”10

So, how does the court rule when the invention has been used commercially or sold by the inventor, but the inventor has kept his or her invention a secret?

In 1881, the United States Supreme Court ruled in Egbert v. Lippmann that an invention claiming a pair of corset-springs violated the statute because the invention was in public use longer than the permitted statutory grace period.11 They ruled that the corset-springs, worn only by the inventor’s “intimate friend” and future wife as an undergarment, were publicly used for more than two years.12 If the inventor “slept on his rights” for a period longer than the statute allowed, he or she relinquished the option to patent the invention.13 The court determined that an invention that was used by one person, even if the invention could not be seen by the public’s eye while in use, violated the public use bar.

In 1946, in Metallizing Eng’g Co. v. Kenyon Bearing & Auto Parts Co., the Second Circuit found a patented process invalid due to the inventor’s public use prior to one year before the filing date.14 The inventor in Metallizing had a patent “for the process of ‘so condition a metal surface that the same is, as a rule, capable of bonding thereto applied spray metal to a higher degree than is normally procurable with hitherto known practice,’” or simply stated, a patent for the process called “metalizing.”15 The patentee used his own process in solicited, paid metallizing jobs before a year prior to filing a patent application.16 The court found that the process, despite being unseen and kept secret, violated the public use bar.17

The courts continued to rule that secret commercial use of an invention initiated the statutory grace period. However, in 2012, § 102 in the Leahy-Smith America Invents Act (AIA) was revised. The current 35 U.S.C. § 102 now reads:

How does the added phrase, “otherwise available to the public,” affect the court’s interpretation of the statute and implications for trade secrets like the formula behind Coca-Cola?

Although “public use” remains in the statute, the United States Patent and Trademark Office (PTO) and critics of the broad “public use and on sale” interpretation suggest the AIA eliminates the “Metallizing rule” by adding the phrase “otherwise available to the public.”21

Arguments that Congress intended to change the scope of invalidating prior art by adding the phrase “otherwise available to the public” rely on the following floor statements made by individual members of Congress:

[S]ubsection 102(a) was drafted in part to do away with precedent under current law that private offers for sale or private uses or secret processes practiced in the United States that result in a product or service that is then made public may be deemed patent-defeating prior art. That will no longer be the case.24

[T]he current on-sale bar imposes penalties not demanded by any legitimate public interest. There is no reason to fear ‘commercialization’ that merely consists of a secret sale or offer for sale but that does not operate to disclose the invention to the public. . . . The present bill’s new section 102a precludes extreme results such as these . . . .25

Although the PTO and some members of Congress may interpret § 102 under the AIA differently than pre-AIA § 102, the Federal Circuit may choose not to construe the statute in the way proposed by the PTO and members of Congress. In fact, a recent Federal Circuit case, Helsinn Healthcare S.A. v. Teva Pharmaceuticals, suggests the court will not impose a secret commercial use or secret sale exception to the public use and on sale bars.26 In Helsinn Healthcare, the Federal Circuit recognized that “such floor statements are typically not reliable indicators of congressional intent.”27

Additionally, the Federal Circuit declined to extend the argument that the AIA changed the reading of § 102.28 In this case, the court found that the patent was invalid due to the on-sale bar, even though the invention itself was never disclosed because the patentee sold rights to the pending patent prior to the one year grace period.29 Additionally, the court rejected the argument that details of the invention must be disclosed to meet the on-sale bar.30

The court in Helsinn Healthcare elected not to decide “more broadly” whether “certain secret uses” continue to be “invalidating under the ‘public use’ prong” of 35 U.S.C. § 102(a)(1) (2012).31 However, interpreting § 102 to exclude certain secret public uses, such as a patentee’s own commercial use, would have the same damaging effects recognized by the court in Helsinn Healthcare; this reading of § 102 “would materially retard the progress of science and the useful arts, and give a premium to those who should be least prompt to communicate their discoveries.”32

Excluding “certain secret uses” from prior art under §102, would allow a patentee to hold a monopoly of a process or machine for 21 years or longer by keeping the potential patent a secret for more than a year and subsequently applying for a patent.33 Permitting this extended monopoly goes against public policy, patent laws, and hundreds of years of court decisions.

Although whether “certain secret uses” are exceptions to the public use and on sale bar is still open for debate and interpretation by the courts, it seems likely from Helsinn Healthcare that the courts will not interpret AIA § 102 as proposed by the PTO and some members of Congress. If secret commercial uses and sales remain invalidating as Helsinn Healthcare suggests, inventors will remain forced to decide whether to keep their inventions as trade secrets or apply for patents before the statutory grace period expires.

Therefore, because 125 years is well outside the statutory grace period and Coca-Cola has long maintained a ubiquitous and refreshing presence in restaurants and stores globally, it appears the Coca-Cola formula is ineligible for patent protection and will remain a closely guarded, infamously popular trade secret.

[33] See Metallizing, 153 F.2d at 520 (“It is indeed true that an inventor may continue for more than a year to practice his invention for his private purposes of his own enjoyment and later patent it. But that is, properly considered, not an exception to the doctrine, for he is not then making use of his secret to gain a competitive advantage over others; he does not thereby extend the period of his monopoly.”).