Assignor Estoppel: When Can A Party Challenge A Patent They Sold? 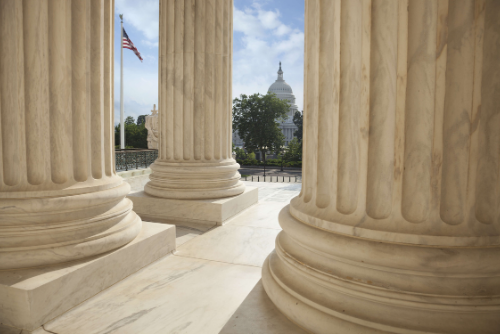 In patent law, the doctrine of “assignor estoppel” refers to barring a party who assigned a patent from later challenging the validity of the patent. Assignor estoppel is an equitable doctrine that has been relied upon in order to prevent someone who has assigned the rights to a patent (or patent application) from later contending that what was assigned was, in fact, worthless. The doctrine has been applied to not just inventors, but also parties in privity with the original inventor, such as a corporation founded by the inventor. Essentially, the doctrine of assignor estoppel is grounded in fair dealing when selling patents.

Historically, the doctrine of assignor estoppel was applied somewhat infrequently and inconsistently. As an equitable doctrine, rather than part of the U.S. Patent Laws, courts considering the issue used their discretion in determining whether to allow assignor estoppel to block a party from attempting to invalidate a patent they once owned.

On June 29, 2021, in Minerva Surgical, Inc. v. Hologic, Inc., et al., Case No. 20-440 (June 29, 2021), the United States Supreme Court revisited the legitimacy of the doctrine of assignor estoppel, and also, considered potential limitations on the application of the doctrine.

The district court found that assignor estoppel barred the defendant’s invalidity defense. The Court of Appeals for the Federal Circuit affirmed that holding.

On appeal from the Federal Circuit, the Supreme Court first confirmed that the doctrine of assignor estoppel remained viable. Again, the overriding issue is fairness in commercial transactions. However, the Court also set forth certain limits on the application of the doctrine.

According to the Supreme Court’s ruling, assignor estoppel applies only when its underlying principle of fair dealing is in play. Fair dealing is implicated when the assignor makes a warranty or representation regarding the validity of a patent claim. When an assignor warrants that a patent claim is valid, a later denial of validity breaches any fairness underlying a transaction.

However, when an assignor has not made any explicit or implicit representations contradicting a possible invalidity defense, then fairness is not an issue, and assignor estoppel will not apply. One example provided by the Supreme Court related to an assignment occurring before a patent issues, such as in an employment agreement before a future invention is even conceived. Another example is when the assignee files additional continuation patents and expands the scope of what was originally assigned. In that instance, the inventor may not have warranted the validity of such “future” patent claims.

To summarize, assignor estoppel will apply where there is an inconsistency between a patent assignor’s representations regarding the validity of a patent claim, and a later attack on that very representation via a challenge to the same patent claim.

With the Supreme Court’s guidance, parties involved in patent transaction should closely review any relevant assignor representations and warranties when buying and selling patents. In addition, parties would be wise to investigate the agreements documenting the complete chain-of-title for a patent involved in a transaction, back to any original assignors.