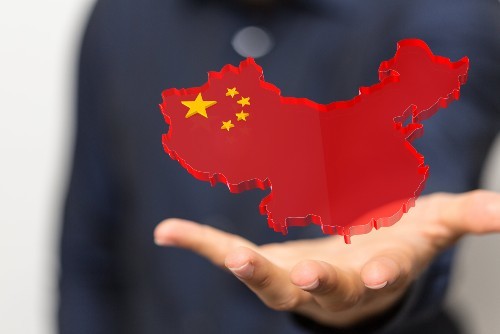 In November 2019, the China National Intellectual Property Agency (“CNIPA”) issued new Patent Examination Guidelines for applying China’s “inventive step” requirement, the patentability standard roughly equivalent to the US patent requirement of “non-obviousness.” Chinese Patent Law defines “inventive step” such that the invention has a prominent substantive feature and represents notable progress. Under the new Guidelines, inventive step can be determined as a whole from a perspective of “invention concept.”

Regarding “inventive step,” a three-step test has been predominantly used by Chinese Examiners that includes: (1) determining the closest prior art reference; (2) determining distinguishing technical feature(s) of the invention and technical problems actually solved by the invention; (3) determining whether the invention is obvious to a person having ordinary skill in the art. This three-step test is similar to the Graham v. John Deere criteria used to evaluate obviousness for US patent claims. However, the three-step test has an inherent defect that Chinese examiners often split a claimed invention into multiple technical features and accordingly compare the technical features, one by one, with corresponding features from a prior art reference, thereby destroying the integrity of the claimed invention. Although there was certain language in the prior Examination Guidelines to prevent examiners from destroying invention integrity, in practice, Chinese examiners would erroneously reject many patent applications that should have been allowable. CNIPA was aware of this inherent defect of the three-step test and issued the new Guidelines on November 1st, 2019.

The Guidelines modifications equate to a direction that a claimed invention should be examined as a whole from a perspective of invention concept. The general meaning of the idea of ​​invention concept is that an examiner should view an invention objectively from the perspective of a person skilled in the art, proceed from the background of the invention, and compare, based on the technical problems solved by the invention solution, its solution and the technical effects as a whole with the closest prior art reference (hereinafter generically referenced as “D1”) to determine whether there is an essential difference between the invention and D1. If the prior art does not teach or imply the solution of the invention, then the invention has an inventive step.

1. A technical problem identified by an examiner based on the three-step test is inaccurate.

(a) an invention and D1 solve the same technical problem

(b) an invention and D1 solve different technical problems

2. A technical problem identified by an examiner based on the three-step test is accurate

For example, in the prosecution of the Chinese application No.201510747027.1, a technical problem that an electronic coded lock could be rotated by an external force in its locked state was solved. D1 disclosed a lock which had a locked structure to prevent the lock from being rotated in its lock state by an external force. According to the invention concept of D1, the lock cannot be rotated via an external force because of its locked structure. Therefore, there is no motivation for those skilled in the art to improve the lock disclosed by D1 to obtain the specific structure of the lock claimed. Although some components used for control and transmission in D1 were similar to those disclosed in the application, the invention concepts of D1 and the application were completely different.

3. D1 and an invention contradict each other

In some cases, D1 is so different from an invention that if an invention concept of the claimed invention is applied to D1, the solution disclosed by D1 cannot be reached. For example, in the Patent Invalidation Decision No. 31795 (regarding Chinese patent No. 200510037670.1), the patent disclosed an enamel coating made by a “high temperature process", while D1 used a "low temperature method" to process a heat-resistant inorganic bonding to form an enamel coating. The patent was different from D1 in many aspects, such as the technical field, the technical problem solved, technical solutions, and technical effects obtained. Therefore, taking D1 as a starting point and improving it into an enamel coating treatment with a "high temperature", would have been contrary to the entire invention concept of D1. Therefore, there is no motivation for those skilled in the art to improve the solution of D1 along the direction disclosed by the patent to ultimately arrive at the invention concept of the patent.

4. Each element in D1 is similar to a counterpart in an invention, but as a whole, D1 is different from the invention.

In some cases, D1 might look similar to the invention if they are compared element by element (e.g., D1 comprises elements A, B and C, while the invention comprises elements A', B' and C'), but a different conclusion might be reached from the perspective of the invention concept. For example, in the Patent Invalidation Decision No. 82712 (regarding Chinese patent No. 200710162450.0), both the patent and D1 included monitoring, determining, and preventing steps. However, those steps in the patent as a whole were directed to a different solution than in D1. That is, each step of the patent individually might be considered as a customary means disclosed by D1, but all of the steps as a whole possessed an inventive step over the prior art. Therefore, the invention concept should be applied, and the steps defined in the patent were considered as a whole when compared with D1.

Overall, several response strategies regarding the idea of invention concept have been discussed above. It can be seen that the previously employed three-step test is "splitting" a technical solution while the invention concept focuses on an integrity of the technical solution. Which of the two is more suitable may vary based on technical fields, prior art references, technical problems to be solved, etc. In any case, the idea of invention concept may be helpful for a patent practitioner to objectively understand an invention from the perspective of its inventor so as to avoid misinterpretation in Chinese patent prosecution.

Reprinted with permission from the June 26, 2020 issue of The Legal Intelligencer ©2020 ALM Media Properties, LLC. Further duplication without permission is prohibited. All rights reserved.