Actual Reduction to Practice: Why It Should Matter to the Emerging Auto Manufacturer 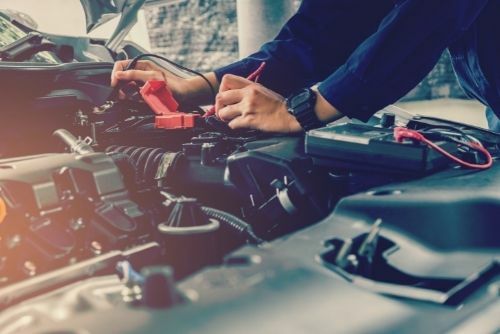 Pressure for development of more efficient battery chemistry in electric vehicle fleets is now greater than ever, prompting greater collaboration between major original equipment manufacturers (“OEMs”), such as Ford, Chrysler and GM, and battery component suppliers. Collaboration within the auto industry may often provide a measure of security against competitors.

But to all OEMS and well-funded startups, take fair warning! When such collaboration takes the form of licensing arrangements to jointly invent a new concept to a commercially satisfactory stage of development, taking the extra time and due diligence to review the terminology in the agreement may save your patents and your sanity, especially if the agreement contains language regarding bestowing rights based on actual reduction to practice of the idea by either party. In such cases, identifying whether one party - prior to the agreement - already achieved an actual reduction to practice of the core concept could be fundamental to your business.

For starters, reduction of an idea to practice may be actual, in that the inventor may build a prototype and test it to confirm it works for its intended purpose. On the other hand, a reduction to practice may be constructive if a patent application is filed for the claimed invention.

But a recent Opinion by the U.S. Court of Appeals for the Federal Circuit on December 3, 2021 demonstrates a debacle scenario where an actual reduction to practice analysis becomes highly pertinent. Ideal Innovations, Inc. v. United States shows the importance of understanding exactly when there has been an actual reduction to practice for an invention. The case centers on a 2007 licensing agreement between Ideal Innovations, Inc. (“I-3”) and the U.S. Army, and whether the licensing agreement includes the right to practice US Pat. No 8,365,648, and US Pat. No. 8,651,008 directed to the need for “improved armored vehicles that could protect occupants from armor piercing munitions.”

Emerging auto manufacturers and startup suppliers, alike, should be careful when entering licensing agreements providing mutual rights to practice inventions created in performance of work under such agreements. Parties to these agreements are well advised to take note, as the Court did, that under U.S. patent law, once an invention has been conceived, an actual reduction to practice may be achieved when “an inventor (1) constructs an embodiment or performs a process that meets all the limitations of the claimed invention, and (2) determines that the invention would work for its intended purpose.”

Put another way, auto manufacturers and suppliers should consider whether any of their own ideas may have already been actually reduced to practice as inventions before entering a mutual license agreement toward development of a more elaborate, commercialized product.

Despite the Government’s assertion that the testing was insufficient because it was merely conducted on the metal samples of the armor, itself, rather than on a fully assembled vehicle including the armor, the Court cited to prior caselaw noting that “reduction to practice does not require that the invention, when tested, be in a commercially satisfactory stage of development.”

Indeed, I-3 testified that its own testing of just the sample armor alone in 2006, apart from a fully assembled vehicle, “proved the armor could withstand attacks from [explosively formed projectiles], and it was easy to calculate whether a commercially available vehicle chassis—with a known weight capacity—could be mobile while supporting the weight of the armor.”

In remanding the case back to the Court of Federal Claims, the Court of Appeals determined that the lower court’s grant of summary judgment was improper because there was a genuine issue of material fact as to whether a person of ordinary skill in the art would have known based on the testing of the sample metal portions of armor that the invention would work for its intended purpose.

The stakes of the forthcoming proceedings will be high for I-3, to say the least. I-3’s right to exclusively practice the subject matter of its patents to a “Highly survivable urban utility vehicle (HSUUV)” will depend on the ensuing actual reduction to practice analysis by the Court of Federal Claims. The unintended consequence of the parties’ entry into the 2007 licensing accord for mutual practice of all inventions “Made” in performance of work under their agreement remains to be seen.

Regardless of whether a party to a licensing agreement is a startup automaker, battery manufacturer, or supplier, collaboration through such development agreements may necessarily entail retaining the specific technical expertise of outside counsel for dealing with patent matters, particularly where a question of fact may arise relative to when and whether a concept has actually been reduced to practice. Likewise, a central purpose of retaining counsel may center on proactively reviewing licensing agreements for certain language and terminology that may pose high risk to the longevity of an IP portfolio. These are just a few of the considerations.

In the meantime, we now wait to see how I-3 and the Government fare in their license agreement, as the case unfolds before the Court of Federal Claims this year. Stay tuned.