A Different State of Mind: Getting Technical With Post-Grant Proceedings Before the PTAB 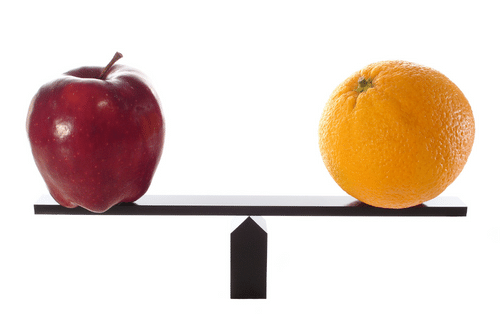 One misconception among those who primarily litigate patent infringement actions before U.S. federal courts is that post-grant proceedings before the Patent Trial and Appeal Board (PTAB), including inter partes reviews (IPRs) and post grant reviews (PGRs), are similar to federal patent litigation. Although there are similarities between these types of proceedings, as IPR/PGR proceedings are also adversarial between the petitioner (i.e., the patent challenger) and the patent owner, there are important differences between the two. Besides the differences in legal standards and procedures, it is important for an IPR/PGR attorney to have a different mindset from federal patent litigation. Indeed, a petitioner or patent owner involved in an IPR/PGR matter should seriously consider attorneys who have expertise with the technology at issue and experience in patent prosecution.

Unlike most district court judges and jurors, all administrative patent judges (APJs) on the PTAB are required to have scientific or engineering backgrounds and be intimately familiar with patent-specific issues considered in IPR/PGR proceedings. All APJs have extensive patent legal experience prior to serving on the PTAB, and many of them have previous experience as USPTO examiners, judicial law clerks, or as attorneys in private practice or government service. The predecessor of the PTAB, which was the Board of Patent Appeals and Interferences (BPAI) before the passage of the America Invents Act (AIA), was primarily responsible for deciding appeals of final rejections of patent applications, ex parte and inter partes reexaminations, and interferences. After the AIA went into effect, the current PTAB still handles a large number of appeals of final rejections of patent applications and ex parte reexaminations in addition to IPRs and PGRs. In all these types of patent matters, APJs must be intimately familiar with all issues relevant to patentability, such as anticipation, obviousness, written description requirements, enablement, indefiniteness, double patenting, and so on.

Of course, there are important differences between prosecution/ex parte appeals and IPR/PGR practice. The most glaring difference is that the vast majority of USPTO Examiners are not lawyers and are more attuned to patent practice as set forth in the Manual of Patent Examining Procedure (MPEP) than federal patent case law.

This isn’t the case with the PTAB, where all of the APJs are patent lawyers, although the APJs won’t award extra points for an attorney’s ability to properly blue book the citations. Still, the APJs are acutely attuned to the decisions of the United States Court of Appeals for the Federal Circuit Court, as well as Supreme Court precedent in the area of patents. Yet both examiners and APJs are most often going to ground their decisions in a meaningful understanding of the technology.

In addition, it is rare in patent prosecution to submit evidence (such as a declaration by a technical expert or an inventor) to overcome prior art. When such evidence is submitted, it is often disregarded by the examiner anyway. This is not the case in IPR/PGR proceedings. In IPR/PGR proceedings, expert declarations are not only required but are often the crucial lynchpin in the case.

How this Changes What and How You Argue

For a Patent Owner, this means that the Patent Owner’s Response to a Petition seeking to invalidate a patent must tell the “invention story” so that APJs understand the inventive process in light of the prior art. The aspects of the "invention story" that will be most persuasive to the PTAB may be quite different from what would be effective in front of a jury. In front of a jury, it may be very compelling to show that the inventor first took his invention to a company who said it wasn't interested in the technology, only to turn around a short while later and allegedly copy it. By contrast, APJ's at the PTAB might find such facts far less compelling and possibly irrelevant to the issue of patent validity. Instead, APJ's will likely be more impressed with a comprehensive review of the scientific literature at the time of invention, and how the patented invention differs from approaches being taken by others in the field at the time. In the PTAB, the “invention story” needs to be bolstered by an expert declaration that details these issues from the perspective of a person of ordinary skill in the art at the time of invention. Therefore, the “inventor story” before the PTAB differs from the “infringement story” presented in federal patent litigation.

For petitioners challenging the validity of a patent, it is similarly critical to teach the APJs how there isn’t actually an “invention story.” Rather, the story is about the prior art existing before the invention. Here, experts can be used to focus the APJs by matching the patent claims to the prior art such as with figures or diagrams. For example, the expert declarations can be utilized to:

As a result, the Reply brief to a Petition to invalidate a patent needs to make clear to the APJs how there is nothing technically inventive in the challenged patent claims.

Therefore, like in patent prosecution, it is critically important that the arguments in an IPR be built on the technology and enriched by the case law. Presenting the same arguments that would work before a district court judge or a jury simply will not work before the APJs of the PTAB.

In view of the foregoing distinctions between PTAB practice and federal patent litigation, it is crucial that an IPR/PGR team be staffed with attorneys who have expertise in the technology at issue and are comfortable with patentability arguments, especially obviousness arguments under 35 U.S.C. § 103, which are commonly raised in IPR petitions.

It is crucial that the IPR/PGR team include practitioners who can work well with technical experts in preparing expert declarations because they “speak the same language.” Thus, parties involved in IPR/PGR proceedings should seriously consider retaining attorneys with a strong technical backgrounds relevant to the patents at issue.