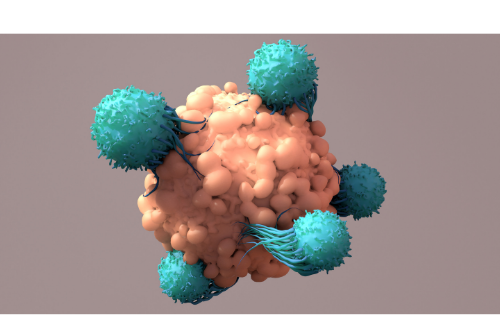 The ’190 Patent related to CAR T-cell Therapy. T-cells are part of your immune system, and have receptors on their surface that facilitate binding to target cells. The target cell may be a cancer cell, and the T-cell binding facilitates target cell destruction. CAR T-cell therapy involves isolating T-cells from the patient, genetically engineering the isolated T-cells to express a “chimeric antigen receptor” or ‘CAR” on the T-cells, which programs the T-cells to better attack target cells, and then infusing the programmed cells back in to the patient.

The ’190 Patent relates to a nucleic acid encoding a three-part CAR. The first part is a CD3 ζ (zeta) chain, which is a signaling domain that is activated on binding to create an initial immune response. The second part is a co-stimulatory region comprising a specific amino acid sequence. When activated, the co-stimulatory region augments and prolongs the immune response by at least directing T-cell multiplication. The third part is the binding element, which determines which target the T-cells will bind and, thereby, which cells will be killed. The CD3 zeta chain and the co-stimulatory region are the backbone of the CAR that enables the T-cells to kill target cells, and to expand in number to kill even more target cells. Juno argued that the backbone was the crux of the invention, while the binding element only linked the inventive points

Two options that the ’190 Patent describes for the third part, the binding element, are single-chain antibody variable fragments (scFv). An scFv is made by isolating two small, unconnected portions of an antibody that are involved in antigen binding, and joining them together with a linker. The ’190 Patent named two known scFvs as candidate binding elements, but did not provide the sequences of either. Claim 1 recited:

(b) a costimulatory signaling region, and

(c) a binding element that specifically interacts with a selected target,

Claims 3 and 9 limited the binding element to an scFv. Claims 5 and 11 specified that the scFv binds a specific target — CD19.

Kite’s YYESCARTA is a CAR T-cell therapy using a three part CAR containing (a) a zeta chain portion, (b) a costimulatory signaling region, and (c) and scFv as the binding element. As stated above, Kite was found to infringe claims 3, 5, 9, and 11.

The written description requirement demands that a patent specification reasonably convey to those skilled in the art that the inventor had possession of the claimed subject matter as of the filing date. A generic term like “binding element” might be supported if a specification contains a sufficient set of representative species or discloses structural features common to the members of the genus responsible for activity. In that light, scFvs were commonly known at the time of the ’190 patent filing and many existed at the time. But there were a “vast number of scFv possibilities — millions of billions according to Kite. But the only guidance in the claim was that the binding element “specifically interacts with a selected target.” There was no limitation of the “target” or the nature of the specific interaction. Nor did the specification, according to the Federal Circuit, teach how to distinguish which scFvs will bind to which target. The Federal Circuit summed up the “problem” with the ’190 Patent to be “although there were some scFvs known to bind some targets, the claims cover a vast number of possible scFvs and an undetermined number of targets about which much was not known in the prior art.” Also, “The ’190 patent not only fails to disclose structural features common to scFvs capable of binding specific targets, it also fails to disclose a way to distinguish those scFvs capable of binding from scFvs incapable of binding those targets.” Quoting the Federal Circuit’s decision in “Ariad,” the Court says “Simply put, the ’190 patent claims a ‘problem to be solved while claiming all solutions to it . . . cover[ing] any compound later actually invented and determined to fall within the claim’s functional boundaries,’ Ariad Pharms., Inc. v. Eli Lilly & Co., 598 F.3d 1336, 1353 (Fed. Cir. 2010), which fails to satisfy the written description requirement.”

In a prior era of antibody claiming, a patentee could claim an antibody that binds a specific antigen by simply specifying the antigen and reciting that the antibody binds it. The skilled artisan would understand from that language that one could start with the antigen, and raise antibodies that bound to it. This was a realm of “functional” claiming that was long supported. In Ariad, the Court stated when a patent claims a genus using functional language to define a desired result, ”the specification must demonstrate that the applicant has made a generic invention that achieves the claimed result and do so by showing that the applicant has invented species sufficient to support a claim to the functionally-defined genus.” And in Abbvie v. Janssen, 759 F.3d 1285 (Fed. Cir. 2014), the Federal Circuit addressed antibody claims under this standard, and held that the “antibody that binds” functional claiming is not supported by the specification unless the genus of antibodies claimed is fully within the scope of the structures disclosed in the specification.

In this case, claims 5 and 11 limited the binding element to an scFv binds CD19, but the specification gave no sequences of scFvs that would bind CD19, or provide any other structural information that would result in this targeting. The “four or five” CD-19 specific scFvs known in the art, doesn’t account for the universe of those that might be discovered later. As above, Juno argued that the real invention was the backbone: the combination of “(a) a zeta chain portion comprising the intracellular domain of human CD3 ζ chain,” and “(b) a costimulatory signaling region.” In that light, the binding domain was a known feature, scFvs targeting CD19 were known, and the side issue of “(c) a binding element [scFv] that specifically interacts with a selected target [CD19]” shouldn’t matter. The court rejected this stance: “the diversity of the functional scFv genus, the unpredictability of an scFv’s binding ability, and that the prior art had, at most, five CD19-specific scFvs as of the priority date are all relevant to the written description inquiry.” And “[t]he test is the same whether the claim element is essential or auxiliary to the invention.” All of the claims in dispute, even the most narrow, were found to be invalid under the written description requirement, the verdict was reversed, and costs were awarded to Kite.

This opinion takes patent claiming for biological sequences farther down a difficult path. What was once an accepted way to draft valid claims, even at the time the application for the ’190 patent was filed, is now severely limited. An element may be auxiliary to an invention, and serve just to complete the pieces needed to join the inventive bits. Further that element may be known in the art by concrete examples. But if that element is a generic biological sequence, a claim reciting that element by functional language may fail the written description requirement unless (1) numerous representative species of the generic biological sequence are disclosed and (2) the structural feature within the sequence that give rise to the function are identified. Given the myriad sequences possible in biology, claims drafted to meet these standards will often be narrow and leave open bountiful design-around options. Protecting biological inventions through patents is difficult, if the application is not carefully drafted.